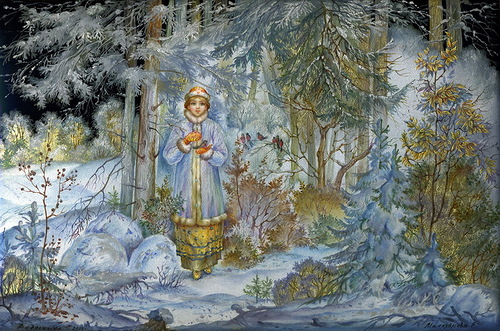 Fairytales might often be seen as stories just for children but they in fact have much more to it. They reflect the culture and beliefs of people and talk about the value of morals. Here’s a list of some of the most famous Russian fairytales, maybe you will already know them.

In this fairytale you will read about Nastya whose father married another woman. Her stepmother loved her own daughter more than she did her stepdaughter. Both daughters were kind and helped the mother but she only ever praised her own daughter. Nastya was beautiful and intelligent while the other daughter was considered to be rather unattractive. The mother always loved the older daughter more and wanted her to be the first to marry. But all potential husbands preferred Nastya. So the mother decided to get rid of Nastya. She asked her husband to take Nastya with him to the forest during the winter time and to leave her alone to die.

But Father Frost, the king of winter and the other inhabitants of the forest helped Nastya because of her kindness and politeness. He gave her many beautiful things as well as a blue sarafan (traditional Russian dress) to wear. When the stepmother told her husband to pick up her stepdaughter to bury her he returned with the alive daughter who looked like a princess. She was bright and happy and had a lot of beautiful things with her.

After the stepmother saw this she instructed her husband to bring her own daughter to the very same place where Nastya was before because she wanted her to receive the same things. Father Frost was still there but he was so unhappy with his new guest who did not give him any polite answers that he froze her to death. The stepmother then realised what she had done to her child because of her own wickedness and envy. 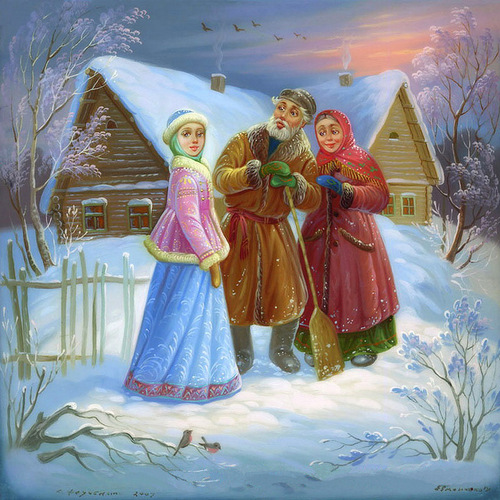 In this story a grandfather plants a turnip which then grows so large that he is not able to pull it out himself. His wife, the grandmother tries to help him but they still cannot pull the turnip out of the ground. More and more helpers are recruited and they are able to pull out the turnip.

The story is very popular in Russia because the name of all the helpers rhyme: grandfather (dedka), grandmother (babka), granddaughter (vnuchca), the female dog (zhuchka), the female cat (koshka) and the female mouse (myshka).

The morale of this story is that only with the help of the smallest and weakest helper, the mouse, the turnip can be pulled out. The fairytale describes how if we all work together anything is possible and that teamwork is important in our lives. 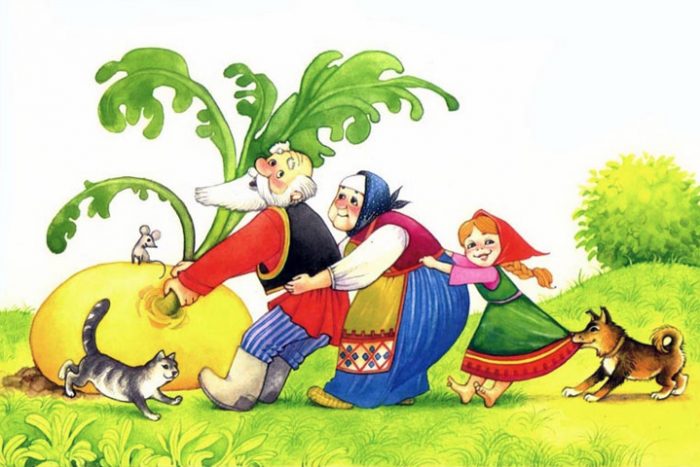 This fairytale tells the story of a merchant and his daughter who was known as Vasilisa the Beautiful. Her mother died when she was just a little girl and she gave her child a tiny wooden doll. She instructed her daughter to feed the doll and give it something to drink if Vasilisa ever was in need of help. Her father then married another woman, who already had two daughters. Her stepmother was very cruel and when young men came and asked to marry Vasilisa she always rejected them because she wanted her own daughters to be the first to marry.

One day while her father was away on a journey his wife put out all the fires in the house. Vasilisa was sent to the house of Baba Yaga, an evil witch to grab light. The plan was that the witch would eat the girl. When she arrived she saw that the fence of the house was made by human bones which suddenly began to glow. Vasilisa was too scared to run away and so Baba Yaga found her. She told Vasilisa that she had to follow her instructions or otherwise she would be killed. She was forced to clean the house, wash Baba Yagas clothes and cook her meals. Another task was to separate rotten corn from fresh ones, which was an impossible thing to do. Vasilisa worked until she was exhausted and the doll she carried with her whispered that it would complete the tasks for her and that Vasilisa should go to sleep.

When Baba Yaga returned she could not complain as all the tasks were successfully done. She wanted to know how Vasilisa had managed to perform all the tasks she answered that it was with the help of her mothers blessing. Immediately she was thrown out of the house because Baba Yaga didn’t want anyone who was blessed near her. Vasilisa went back home with a skull-lantern of burning coals to provide light for her family. When she arrived she found out that her stepfamily couldn’t light any candles during her time away. All candles or fire was immediately blown out in the house.

Later Vasilisa moved to the Russian capital where she was a skilled maker of clothes which the Tsar himself noticed and later married her. 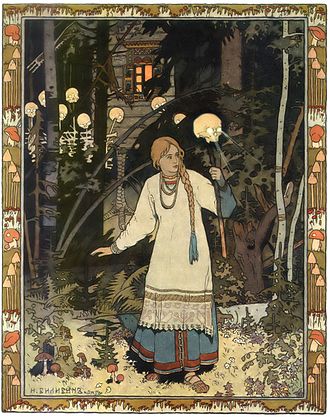