Khokloma – Don’t Go Home Without It 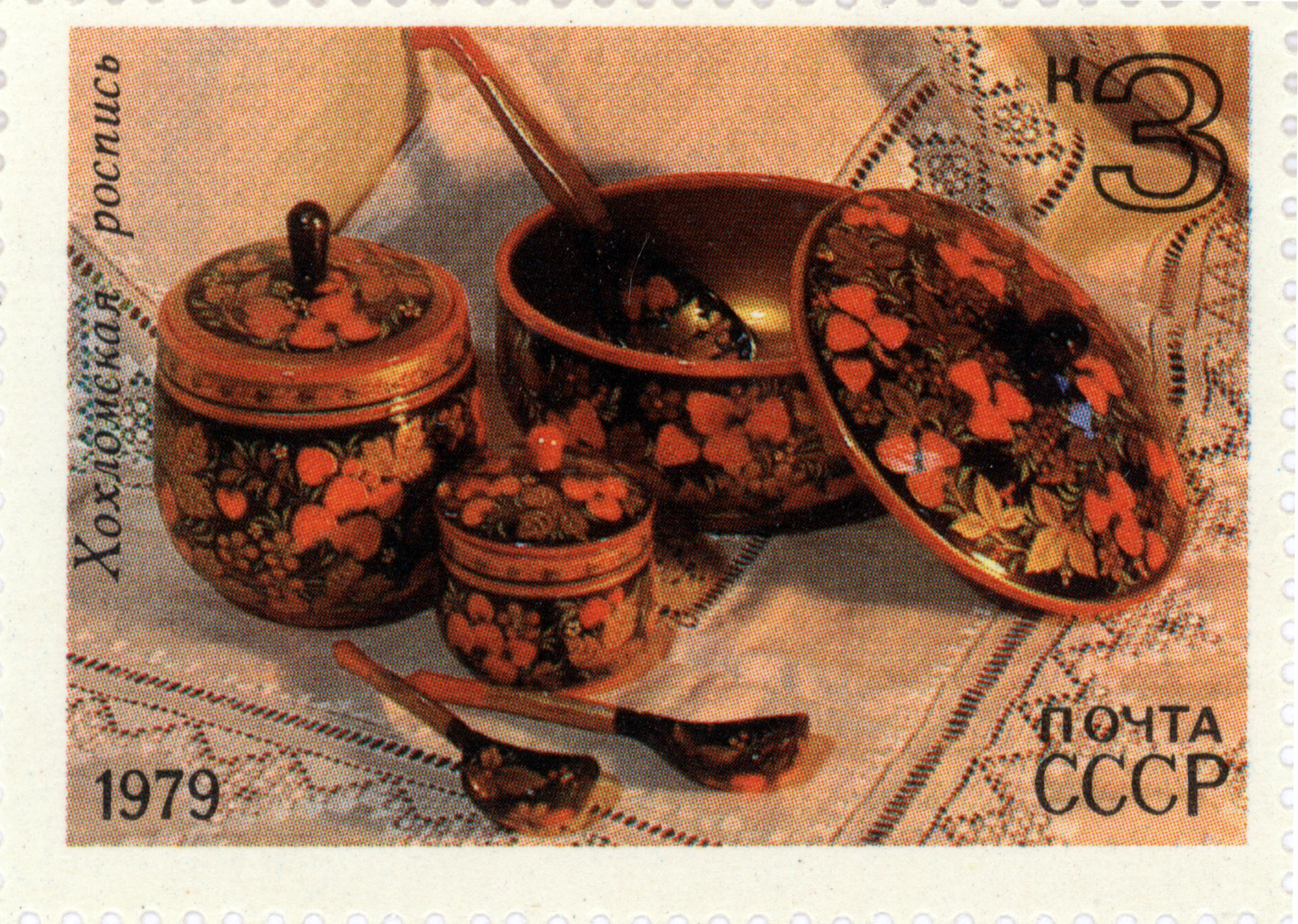 Second in souvenirs only after the matryoshka, Khokloma is one of the most iconic souvenirs travelers have been bringing back from Russia for centuries so here’s the story behind it.

The Mongol invasion of 1375 left the Nizhny Novgorod area, where Khokloma was born, in bad shape. The land w 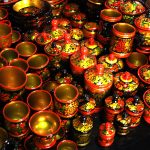 asn’t quite ripe for farming, but they did have plenty of wood around so the people learned woodworking instead.

Monks of Russian monasteries were first to start this technique for religious artifacts and for the royal family. Later the technique was passed along generation to generation and grew in product range.  Once ready, it was piled up and taken to the cities where merchants sold it at outside markets.

The Koverninsky District of Nizhny Novgorod is where Khokloma was birthed in the 17th century in a trade settlement named Khokloma: hence the name for the art. 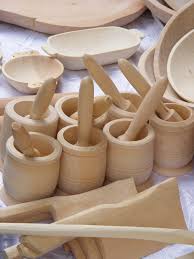 The technique used to create it is similar to and originated from icon painting techniques. It starts with shaping wood into the appropriate shape, adding a layer of clay and firing it in the kiln. That’s followed by several layers of oil and left to dry in between each layer. A background is painted, and elaborate design is added and then it’s varnished and ready for sale. Nowadays, depending on the size and detail, it takes artists about 2-4 months to finish a piece.

The colors once had a spiritual meaning. Gold represented spiritual light. Red symbolized beauty and black for a dark soul now clean. The patterns that make up the design such as the flowers, berries and grass all symbolize happiness and well-being. The colors have long since been disconnected from their former religious insinuations, but to the Russian’s it’s just a symbol of wealth and elegance.

The craft died down a little in the 19th century but was revived in the Soviet Union. After the war, the government decided it was necessary to preserve the ancient hand-painting techniques. During the war, a man named Pogonov collected albums of Khokloma techniques. The 4 albums he put together preserved some of the original techniques. These albums and knowledgable masters helped students at the Semyonov Art School learn the technique so it could continue.

Nowadays, new techniques and styles are being produced. It’s possible to find the art in not only red, black and gold, but also in green, yellow and brown. Furthermore, in 1946 artists developed a new style of Khokloma on a majority red background instead of the previous majority black background. The reason for this was that it seemed more festive and patriotic. What’s important to note is that while Pogonov’s albums are important to pass along the tradition, most craftsmen complete their work from their imagination sticking to a general guideline only. 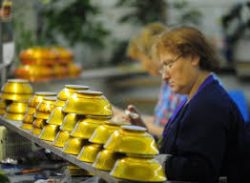 There are two factories producing Khokloma in the Semyanov and Syomino districts. The Khokloma Painting factory, museum and tourist center  in Semyanov opened in 1972 and is the largest contemporary museum of wooden folk products in Russia. This factory is also home to matryoshka doll reproduction.

Most people in the Nizhy Novgorod region are connected with the craft in some way and the techniques are still passed down from one generation to the next.

For a long time, Khokloma has not been used to eat with but is considered a type of art. You’d probably not find a single piece of Khokloma in a Russian home, but you’d likely find one in every tourist’s suitcase leaving Russia. For more on souvenirs to bring back, check out our post on Russian souvenirs and follow our Facebook for other insightful tidbits on Russia.

Stacey Watson is an American expat who loves uncovering fascinating tidbits of Russian history and discovering new things to do in St. Petersburg.