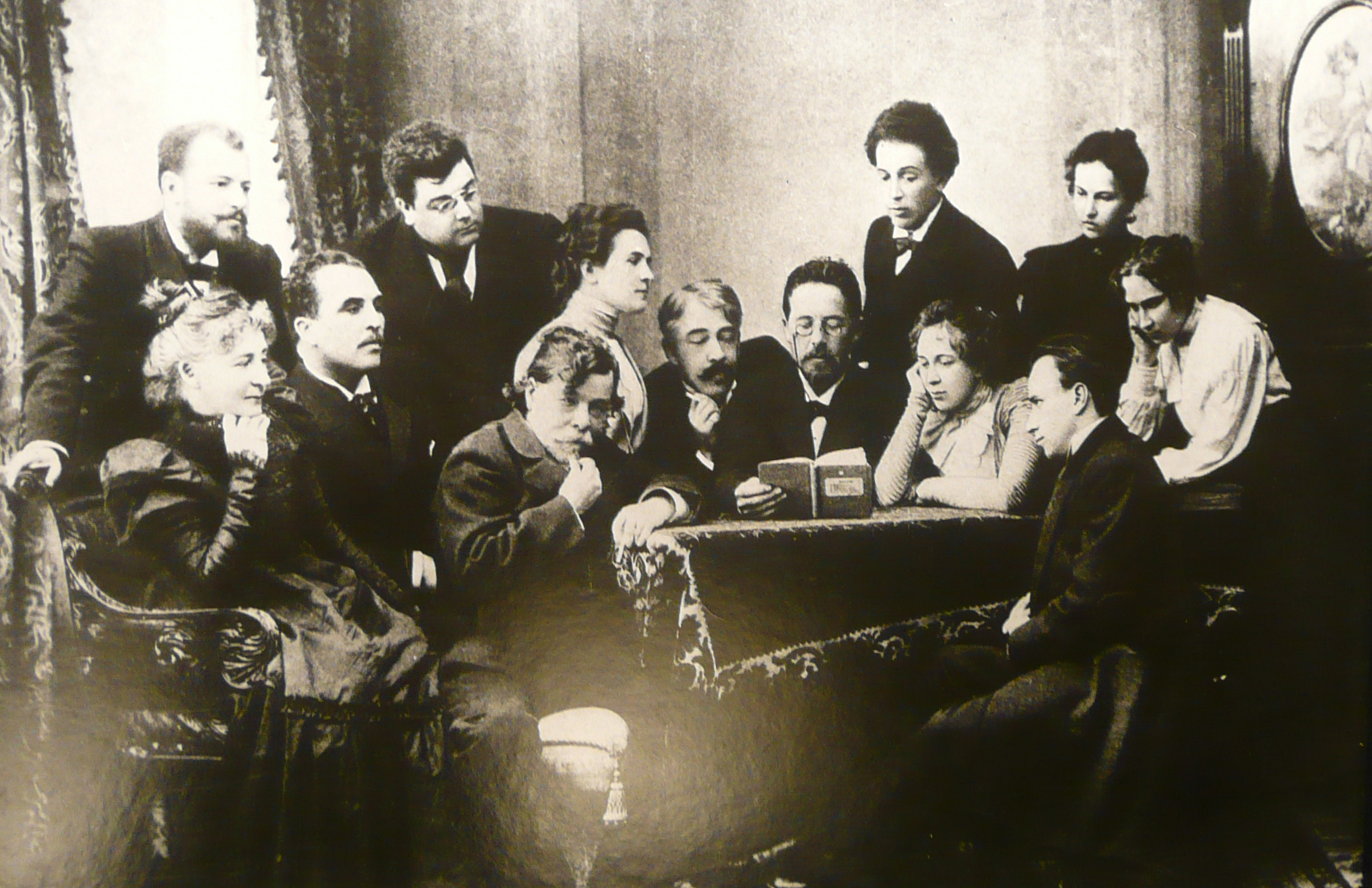 No Russian writer has had as big an impact on contemporary drama as A. P. Chekhov. His commitment to the inner world of his characters, and their relationship with the material world and other people around them (or rather lack of) is typical in both Chekhov’s short stories and plays. This astuteness to human nature and reluctance to prescribe solutions makes Chekhov’s work universal across cultures and ages. For this reason, directors still revere him as the father of psychological theatre. Here is a short biography of Chekhov to whet your literary appetite!

Born 29th January 1860, Anton Pavlovich Chekhov came from humble beginnings in the small town of Taganrog in Southern Russian. Being the third of six children and coping with an abusive father meant that his childhood was by no means ideal, but Chekhov nonetheless received a strong education in the local grammar school which would later equip him to enter Moscow State University to study medicine. It was during this time as a student that Chekhov’s career started to take off. Alongside his studies and work as a doctor, Chekhov wrote many short stories, anecdotes and sketches for local publications to earn extra money for his family. As Chekhov himself famously stated: ‘medicine is my lawful wife and literature is my mistress.’ From there on, Chekhov wrote prolifically for the rest of his life until cementing his status on the world stage as a playwright.

Chekhov’s rise to prominence on the world stage started with his first major play The Seagull – although it was not always smooth “flying”. First staged on 17th October 1896 at the Alexandrinsky Theatre in St. Petersburg, the play received widespread criticism, in response to which Chekhov vowed to never write for the stage again. Chekhov’s new dramatic technique was not understood at the time and only became popular in 1898 when the Moscow Art Theatre staged a new, highly successful production of The Seagull. After the successful staging of Chekhov’s plays by MAT, his work began to spread across the Russian Empire, and eventually the Western world. From the humble beginnings of a writer of sketches and short stories, Chekhov conquered the world by becoming perhaps the 2nd most influential playwright in the history of world theatre, second only to Shakespeare – of course.

WHY ALL THE FUSS?

Chekhov was one of the pioneers of a new wave of playwriting, ‘novaya drama’, that began at the turn of the 20th Century. The essence of this drama is a new kind of drama that saw a shift in focus from the plot-driven plays to the inner workings and psychology of each character. That is not to say that Chekhov’s plays are completely without conflict, but that his work is intentionally laconic. Chekhov depicts the everyday “stuff” of middle-class characters responding to the world around them. The lack of a lively storyline can seem boring, but in the hands of good actors and directors, Chekhov’s characters clearly carry deep psychological contradictions and quirks. For this reason, playing a Chekhov character is one of the highest honours for an actor. What’s more, the juxtaposition of situational comedy against tragic circumstances makes the plays fiendishly hard to direct– in fact, Chekhov was dissatisfied with Stanislavsky’s first attempt at staging The Seagull!

No other writer has had as many pseudonyms as Anton Chekhov. In order to separate his serious work as a doctor from the playfulness of writing, Chekhov often wrote under informal nicknames. The most famous of his pseudonyms is Антоша Чехонте / Antosha Chekhonte, which is a nickname Chekhov’s teacher gave to him during his school days in Taganrog. Other temporary pseudonyms included Врач без пациентов (Doctor without patients), прозаический поэт (Prose poet), and крапива (nettle). The pseudonym that has drawn the most attention from critics is Человек без селезёнки (Man without a spleen), meaning someone who looks at the world without melancholy and frustration. Chekhov used this title for more that 10 years to emphasise the light-hearted nature of his stories. In the end, however, Chekhov parted with this title – after all, a trip to the penal colony of Sakhalin, a rocky love-life, and a fight with a cholera epidemic did not give him much to celebrate.

Without a strong level in Russian, Chekhov is difficult to sit through (trust me, I made this mistake 4 years ago). The great thing, however, is that Chekhov is staged in virtually every language. So if you are looking to familiarise yourself with Russian literature but can’t bear to sit down to Dostoevsky just yet, why not find a local performance of a Chekhov play?! For some further advice on literature you should read as a Russian student, check out Walter Denz’s post here.

Привет! My name is James and I am a student at Liden & Denz. From the dreaming spires of Oxford to the glittering rooftops of St Petersburg I am super excited to write my next chapter in Russia's literary and cultural capital.