A Quick History of Russian Theatre 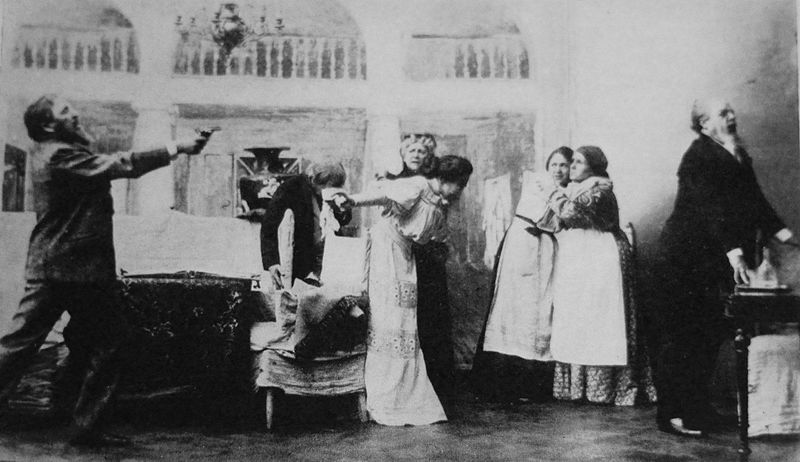 In comparison to the rest of Europe, Russian theatre in its current form is fairly young. At the turn of the 17th Century, when Shakespeare was writing, theatre in Russia only existed in the form of pagan plays and fables that were often persecuted by the church. It was only in 1702 that Peter I opened the first public theatre in Moscow and drama began to take shape in secular Russian society. Here is a short overview of how Russian theatre has developed since the 19th Century.

The first major plays in the Russian language appeared in the 19th Century with the advent of realism. Pushkin, Lermontov and Gogol are among the most celebrated classic writers who dabbled in writing theatre, with Gogol’s Ревизор (The Government Inspector) being one of the most famous from this time. The most prolific playwright of the 19th Century, however, was Aleksandr Ostrovsky. He is not so popular in the West because his plays are very specific to Russian society of 19th Century, often depicting the emerging merchant class. His work, however, was nonetheless an important moment in Russian literature as he developed the genre of Russian realism using strong emotions, drama and humour to make his plays entertaining while also holding a mirror up to the flaws and psychology of Russian society. Some of his most popular and interesting plays include Бедность не порок (Poverty is No Disgrace) and Снегурочка (The Snow Maiden), which was adapted into an opera. During his lifetime, Ostrovsky penned 47 original plays! 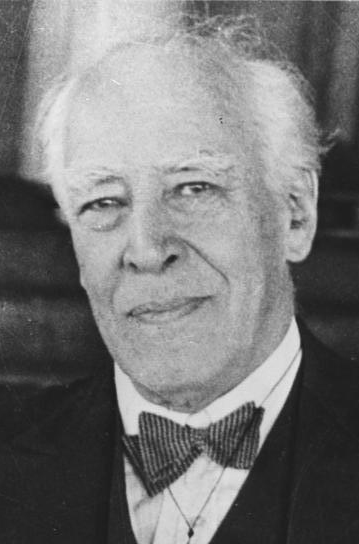 The turn of the 20th Century was a momentous point in the development of theatre not just for Russian theatre, but the whole world! Not only did Chekhov come onto the scene, but it was also when the fathers of modern drama Konstantin Stanislavsky and Vsevolod Meyerhold were developing a new method for directors and actors that would influence the way theatre is made forever. It was after an 18 hour conversation about theatre that Stanislavsky began to develop a new style of acting that focused on the inner psychology, objectives and reactions of character. Stanislavsky first experimented with his new method by setting up the Московский художественный театр (Moscow Art Theatre) together with his friend Vladimir Nemirovich-Danchenko. Stanislavsky developed a method that emphasised the need to access past emotional memories and train the imagination to create characters that are both natural and convincing.

Perhaps the most important development that came out of Новая драма is the role of the director. Today it is hard to imagine a theatre or cinema industry without directors, but before Stanislavsky, actors were usually entrusted to block plays themselves. Thanks to the work of MAT, however, the director as a mediator between the text and the actor is a crucial role in its own right. The Method is now one of the most widespread acting methods across the world and is still considered a vital part of basic training for an actor.

RUSSIAN THEATRE IN THE 20th CENTURY AND BEYOND

After Stanislavsky, naturalism took a bit of a hit with the advent of the avant-garde movement. Russian writers started to experiment with form and adopted a slightly more absurdist or bombastic style. Valdimir Mayakovsky, for example, wrote a socialist dramatic play called Mystery-Bouffee (1921) that was written for the Revolution to dramatise the triumph of the proletarians over the bourgeoisie. Just like all other forms of art, theatre fell victim to extreme censorship and became a tool for the party message. It wasn’t until the Thaw of the 60s that Russian theatre began to return to the psychological realism of Chekhov (e.g. Aleksandr Vampilov) and plays could once again explore the deeper spiritual and emotional life of the Russian nation.

Mikhail Chekhov, Anton Chekhov’s nephew, studied under Stanislavsky in Russia and then took his methods over two America where he became a stage actor and taught acting. In fact, Mikhail taught the likes of Clint Eastwood and Marilyn Monroe!

This blog post on just scratches the surface. There are many more figures of Russian theatre you could read up about yourself including Vsevolod Meyerhold and Michael Chekhov.

Привет! My name is James and I am a student at Liden & Denz. From the dreaming spires of Oxford to the glittering rooftops of St Petersburg I am super excited to write my next chapter in Russia's literary and cultural capital.