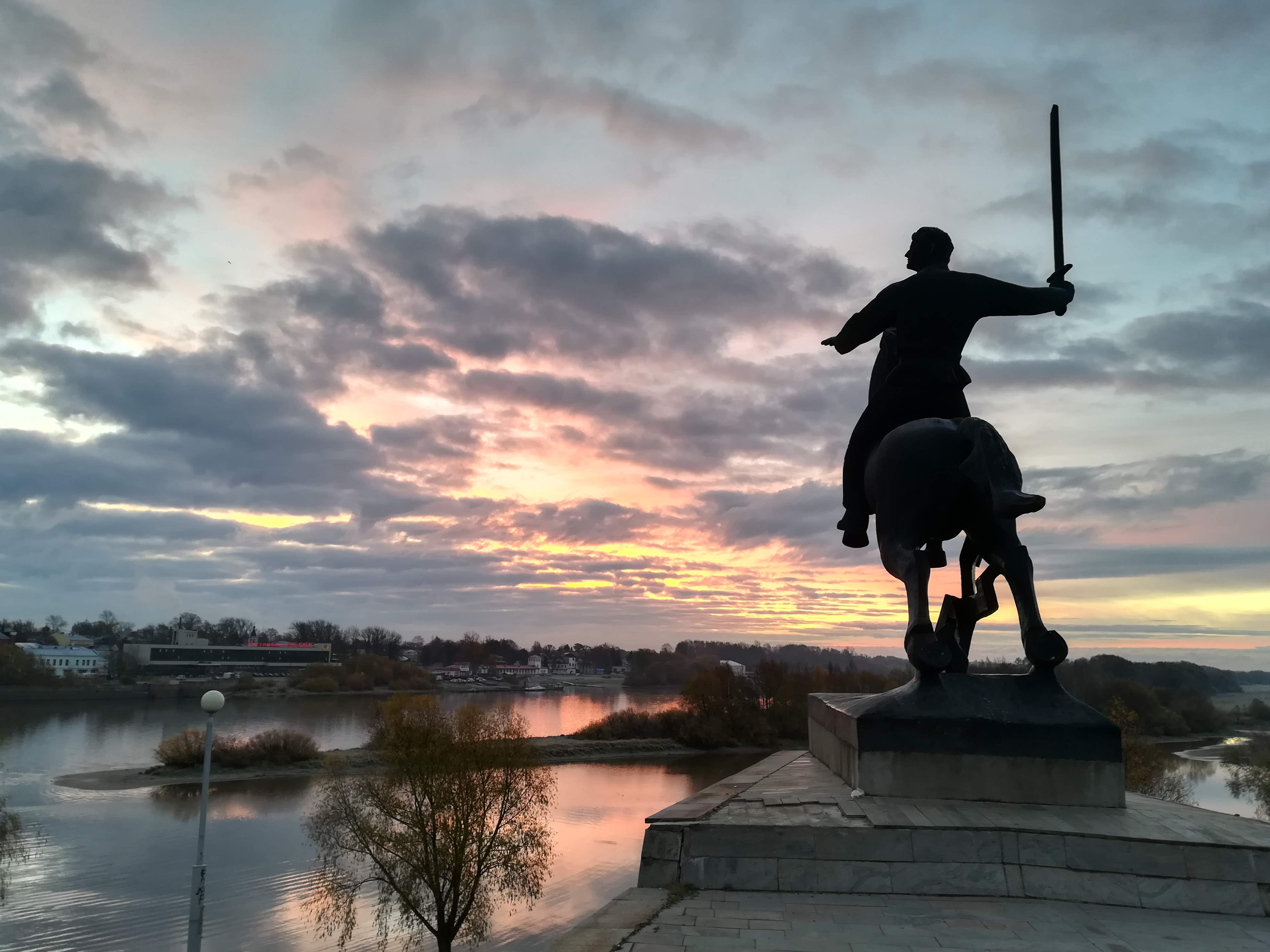 You’ve probably wondered at least once, where did exactly Russian history start? Which was the first Russian state ever created? That question is fortunately not too hard to answer. It was Veliky Novgorod. Maybe you’ve heard of it, since it’s an important city even today, although it has lost its importance over the years. That, fortunately, didn’t stop it from becoming a UNESCO world heritage site in 1992. So, when was it founded and why? How did the city grow? Whose ruled over it? What remains of it today? Let’s find out!

Foundation and history of the city

Unfortunately, there’s no consensus among historians concerning the foundation of the city. One chronicle first mentions it in 859 A.D., and another one in 862. By this time it was allegedly already a major trading centre, connecting the Varangians (ancient Vikings) with the greeks of the Byzantine Empire. The Varangian name of the city, Holmgård or Holmgard is mentioned in Norse Sagas at a yet earlier stage. Legend has it that Rurik, one of the greatest Varangian chiefs, made it his capital in 860. His successor, Oleg sailed down the Dnieper, conquered Kyiv, and used it as his capital for the new Kievan Rus. Despite Kyiv becoming the centre of power of the new empire, by tradition, the heir to the throne had to rule Novgorod for a time. Even the famous Yaroslav the Wise was one of the town’s rulers, and he had quite a reputation there, too.

Later, Novgorod separated itself from the Kievan Rus and became an independent merchant republic, one of the most successful in contemporary Europe. It even firmly withheld the attacks of Swedish and Danish forces and German crusaders. The downfall happened simultaneously with the rise of the Grand Principality of Moscow. Ivan III finally annexed the city to the Grand Duchy of Moscow in 1478, with it becoming its third largest dominion. Unfortunately, in 1570 the city revolted against Ivan the Terrible’s rule, and as a response, Russia’s first Tsar sacked the city and burned it to the ground. Luckily, a few historical buildings survived. Although it never regained its former glory and place of importance, it did become an administrative and cultural centre of the Northern region.

There is one interesting fact, however. Many historians think that later, Saint Petersburg inherited the political role of Novgorod, being western-oriented and less centralised.

Which sights remind us of Russian history today?

The Cathedral of St. Sophia

The Cathedral of St. Sophia (the Holy Wisdom of God)  is the cathedral church of the Archbishop of Novgorod and the mother church of the Novgorodian Eparchy. It is one of the best-preserved churches from the 11th century, with the frescoes dating back to the 12th century. It is also the oldest building still in use in Russia, which is quite the achievement in itself. A perfect example of traditional features of classical Russian architecture, you can find austere stone walls and five helmet-like domes.

The first mention of the Novgorod Kremlin was in 1044, which makes it hands down one of the oldest fortresses of contemporary Russia. The stronghold is just simply full of memorable sights. The aforementioned cathedral is also located here, and there are many more things to see. My personal recommendation is to wait for the sunrise on the banks of the river, standing next to the walls. You’re in for a beautiful morning! 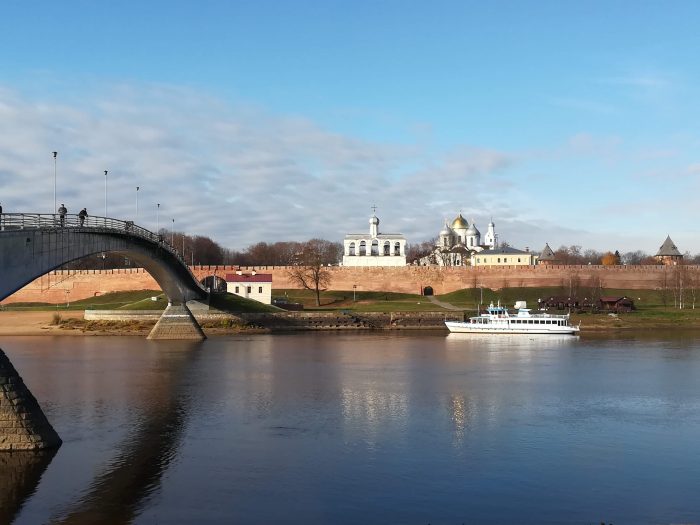 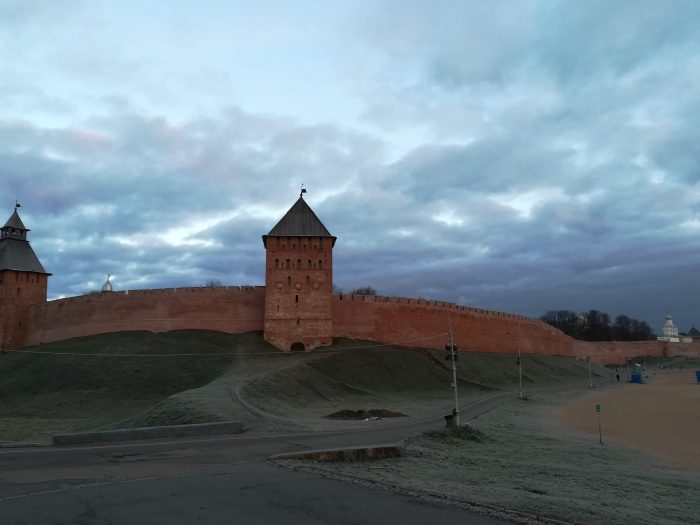 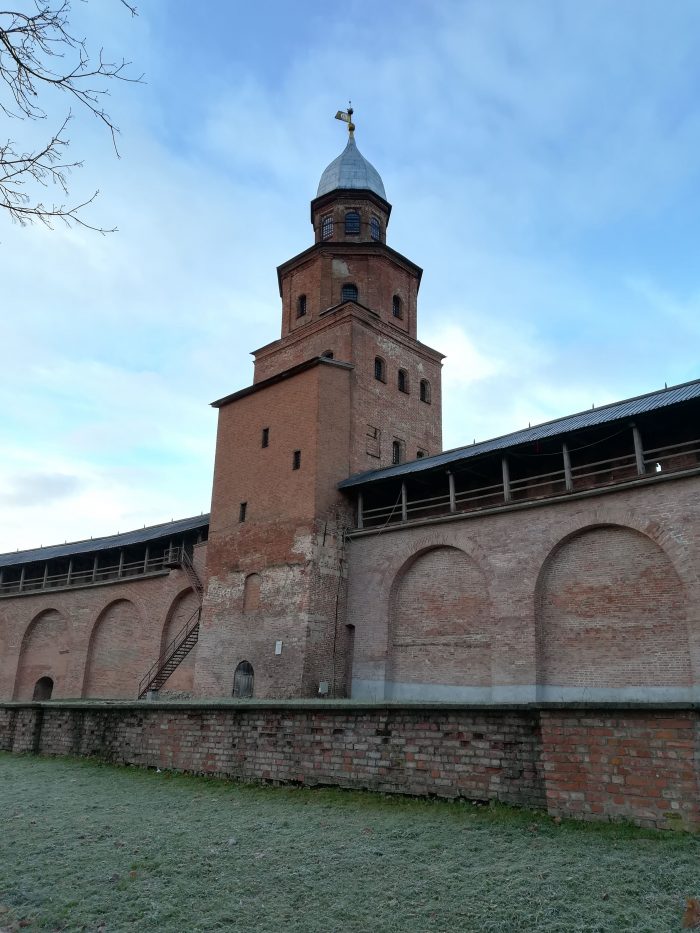 The most epic Russian monument ever created, this statute encompasses all of Russia’s history into this artistic masterpiece. It commemorates the thousandth year of Rurik arriving in Kyiv. The monument itself contains 129 individual statues, including all the famous Russian writers, sculptors, artists, poets and statesmen. However, Ivan the Terrible is missing, due to him sacking Novgorod. Trust me, the Millenium is truly astonishing! During the Second World War, the Germans tried to take the monument to Berlin for its symbolic meaning. But unfortunately for them, as the Russian railway standards were different from the German, transportation could not be organized. By the time the German soldiers were finally ready to take the monument, the Red Army liberated the region, and the monument was saved. Every famous Russian before 1881

Yaroslav’s court was the royal palace of the ancient Russian prince, Yaroslav the Wise. Today, it is mostly a compound of different churches, since the palace itself was destroyed. Still, the garden to this day looks nice! 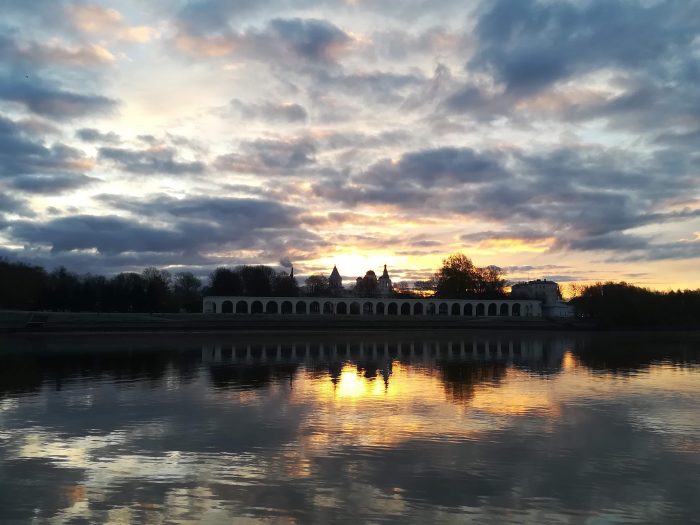 To this day, holiness still shines on this spot

Since Novgorod is quite rich in temples, I won’t list all now. Nonetheless, there are dozens of historical landmarks, still present. If the history and overall feel of ancient Russia is something that interests you, don’t hesitate to visit this unique city!