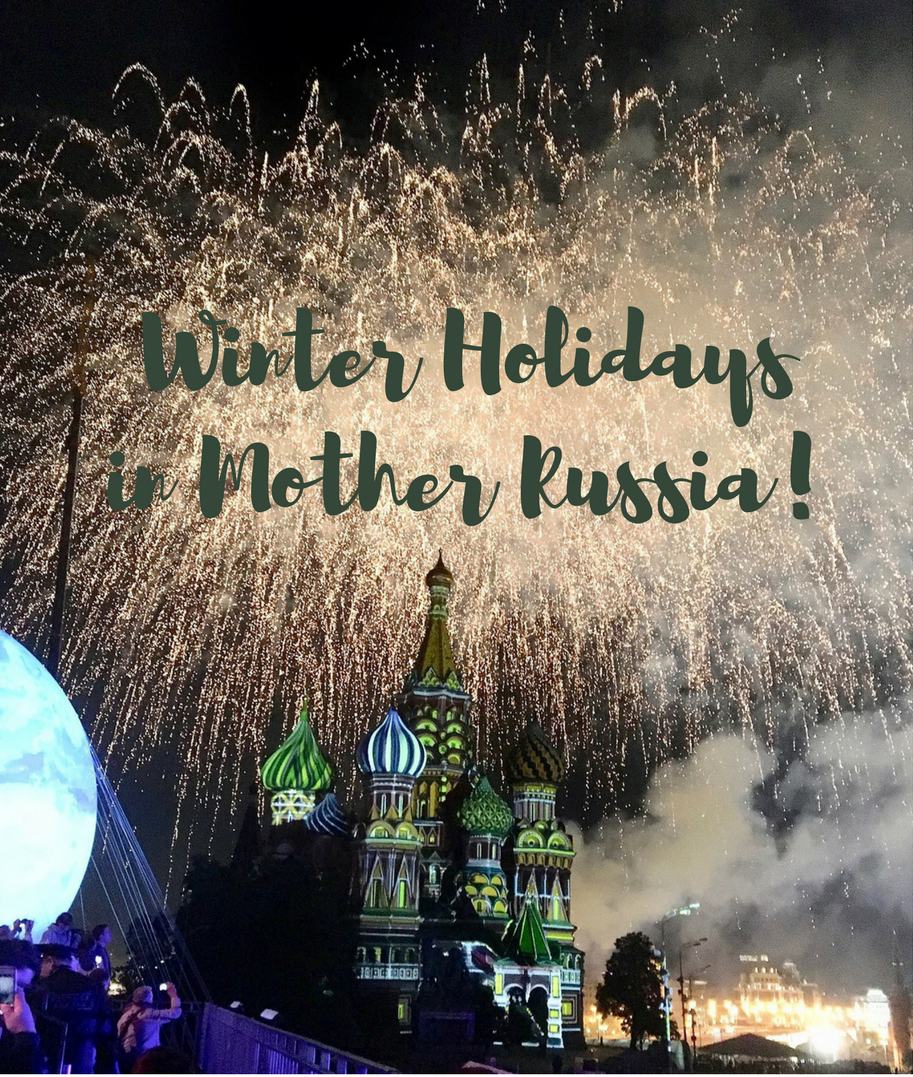 If you plan on spending the Christmas period in Russia, you must keep in mind one main thing: Christmas is not on December 25th. It took me a while to understand it, but maybe it is just me. Christmas here in Russia is celebrated on January the 7th, according to the Old Calendar. Even though the days here now correspond to the “Western” ones, the religious festivities stayed as they were. In fact, the Russians also can celebrate two New Year’s Eves, the second one being on January 14th. But people celebrating the first, “Western” Christmas, you will find little enough. You will also find many people not celebrating Christmas at all – as an outcome of the Communism’s years’ state atheism – but today, people celebrating and believing again are increasing.

That the Russian Christmas festivities are coming is self-evident: lights everywhere, decorations, cheerful songs… The cities are becoming living Christmas trees. But in what consists, exactly, the end-of-the-year festivities in Russia?

New Year’s Eve is a grandiose event here. Both if you decide to be in St. Petersburg or in Moscow, you won’t be disappointed. From late-night dinners to fireworks, from late(r)-night parties to the presidential speech at 23.55: there’s something to suit everybody’s fancy!

If you are living in a host family with kids, you may witness the coming of Дед Мороз, or Grandfather Frost, who personally brings presents to the children, accompanied by his granddaughter, Снегурочка. Both, obviously, heavily dressed. 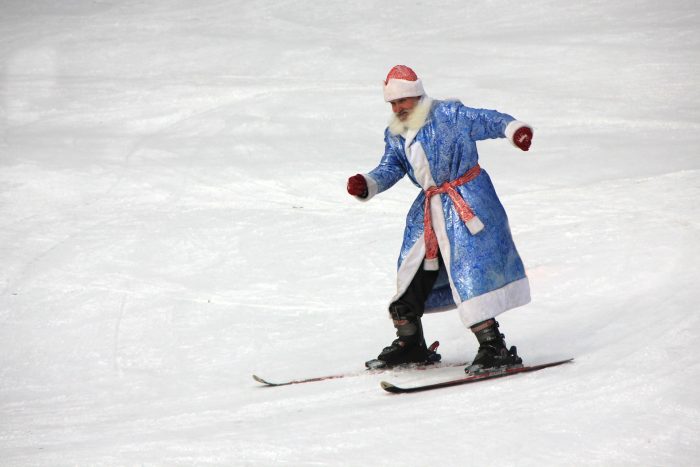 Ded Moroz having a bit too much fun with one of the gifts he (mistakenly?) opened

Remember to greet people – even the ones casually and briefly encountered on the streets – with “С новым годом”! It brings good luck.

Christmas is much more private than New Year. Russians usually stay with their relatives from Christmas’ Eve, fast until the first star appears in the sky, then start having a meatless dinner (often composed by 12 dishes). At night, they usually attend the church service. The Christmas day’s meal is more substantial and meaty. And that’s about all it is usually done at Christmas. Eat, stay with the family, chat, eat some more! As it is everywhere else.

To salute the end of the Christmas period, on January the 19th – which is actually a festivity, Крещение (Baptism) – many people in St. Petersburg have a jump in the прорубь. It is really a must, both for your health and to try something else very Russian! I won’t explain to you what it is, just head to the Peter and Paul Fortress on the 19th, bring your swimming trunks/costume, and enjoy being a real морж!

Read also: How many flowers should you give to a Russian?