About Irkutsk: Learning Russian in the Capital of Eastern Siberia

With a population of over 600,000, Irkutsk is one of the largest cities in Siberia. Although Irkutsk is not the most populous or well-known city that hosts a Liden & Denz campus, it has its own understated and unique historical, geographical, and cultural character that Liden & Denz students are sure to enjoy experiencing during their Russian language training.

Located more than 5000km east of Moscow, Irkutsk is a city with which not many students are closely familiar. By learning more about what this great city has to offer, you can get even more excited about the prospect of learning Russian in Irkutsk with Liden & Denz. 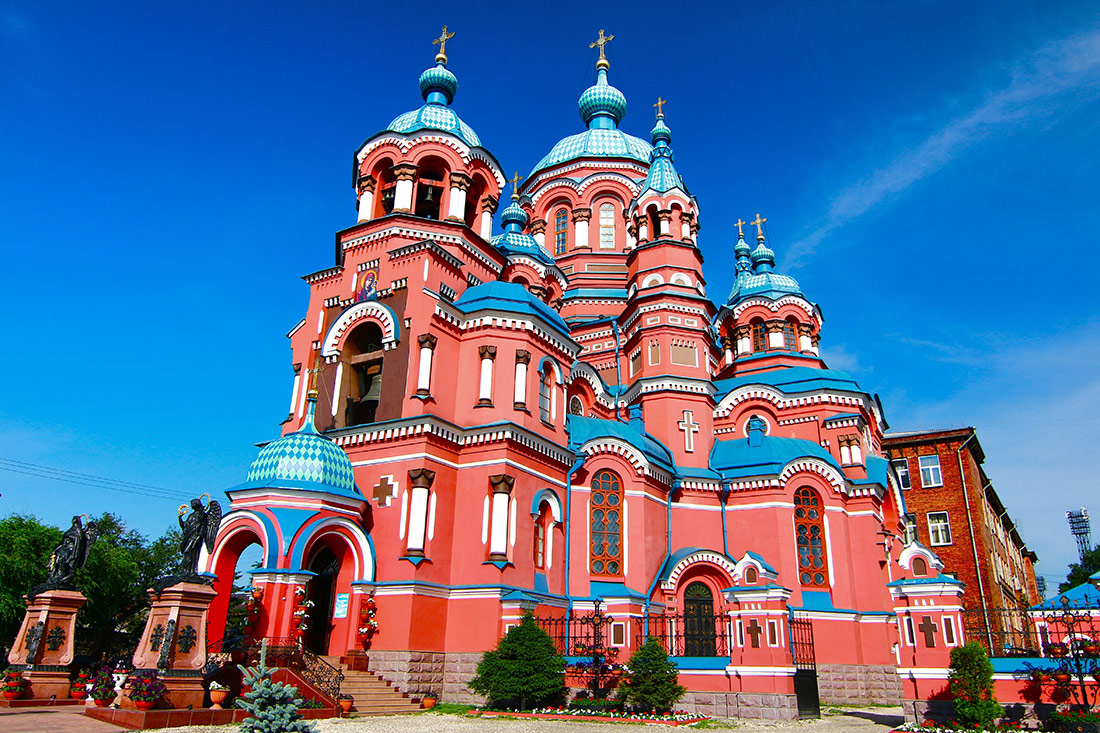 Irkutsk is also a mere 60 minute drive from the unparalleled Lake Baikal. This lake makes up around 20% of the world’s freshwater, and is the largest freshwater lake in the world, with a length of 636 kilometres, a width of 79 kilometres, and a surface area the size of Belgium. It is also the oldest at around 25 million years old. Exploring Irkutsk’s geography – whether through Liden & Denz-led tours or individual excursions – is a once-in-a-lifetime chance for our Russian language students.

A Rich Cultural and Intellectual History

For a city of its size and location, Irkutsk boasts a lively intellectual and cultural atmosphere, with more than 100,000 students, 26 museums, and 6 universities. This unique culture is result of many demographic changes throughout the city’s history, particularly with respect to demographic changes. Founded as a fort in 1661, Irkutsk was not connected to the rest of Russia or Europe until a road was built in 1760. During the Decemberist Revolt of 1825, many artists and intellectuals were exiled from western Russia to Irkutsk – Irkutsk’s intellectual and cultural life is to a large extent a legacy of these exiled individuals.

Getting to Siberia for Your Russian Lessons

Despite being five time zones further east than Moscow, there are many effective transport options to get students to Irkutsk for their Russian learning programme.

Railway. The Trans-Siberian Railway is a memorable way to travel from Moscow or St. Petersburg to Irkutsk – in fact, this trip is the reason many people want to travel to Siberia in the first place. The 3-day train trip allows you to see more than half of Russia, allowing you to gain a full understanding of the scale of the country and giving you plenty of time to mentally prepare for your arrival in Irkutsk.