About St. Petersburg: Learning Russian in a Historic City

St. Petersburg is a city with history, attractions, and culture that will leave students of all interests and experiences in awe. The opportunity to study Russian in St. Petersburg is one you do not want to miss. St. Petersburg is considered to be the cultural capital of Russia, with a rich history of art, politics, and business underpinning its status. As the second largest city in Russia, St. Petersburg is home to many breathtaking sites and artifacts, including the Historic Centre of St. Petersburg and Related Groups of Monuments – a UNESCO World Heritage Site. What can you expect when you live and study in St. Petersburg? Getting a little more familiar with the sights and history of this fantastic city is a great way to find out!

Today, St. Petersburg boasts 300 museums and many artistic attractions, including the Russian Museum (close to the Liden & Denz campus!), the Hermitage Museum, the Mariinsky Theatre and Ballet, and the Festival of Festivals, St. Petersburg. St. Petersburg also presents an eclectic range of architectural styles that make exploring the city an engaging, surprising, and ultimately beautiful experience. Buildings showing the best of baroque, classicist, and art nouveau styles all work together to give St. Petersburg its unique character. St. Petersburg has also been a key fixture in Russian literature, and the reasons for this are apparent to anyone who visits. Dostoyevsky, Pushkin, and Gogol have featured the city in their work, and many other influential writers launched their careers in St. Petersburg.

A History of Perseverance

Founded in 1703, St. Petersburg is much younger than many other European cities. Once called “the window to Europe,” the city developed into a thriving European metropolis in the 19th century. The 20th century was a tumultuous period for St. Petersburg – the city saw the Russian revolutions of 1905 and 1917, was renamed Petrograd in 1914 and Leningrad in 1924, and was almost destroyed during an 872 siege by German soldiers in World War II. However, the city was slowly rebuilt under the Soviet Union, and has since bounced back to become the populous, vibrant St. Petersburg we know today. 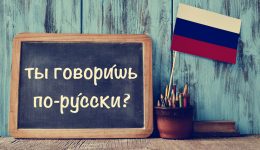 Learning a language is hard. Keeping it when you don’t have classes is even harder. So this article is not about how to learn Russian,... 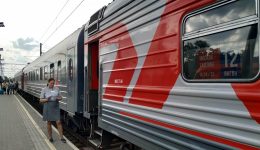 The Russian Railrod: an untold story

With a country as big as Russia, it’s only natural that you have to connect it somehow. Well, at least if you want to avoid... 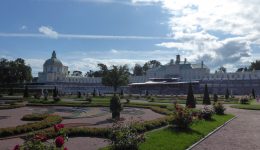 Oranienbaum – Relaxation fit for a king

On the last weekend of the Russian summer, it was 25 degrees with clear blue skies. So what better to do than escape the hustle... 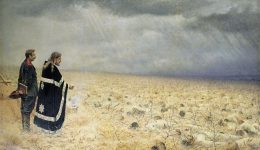 Undoubtedly, there has been a lot, really a lot of famous Russian travellers, musicians, artists, and statesmen among history. Many of them are even recognised...

Witness a Northern Spectacle as You Learn Russian

One of the most exciting times to be in St. Petersburg is during the white nights. Starting in mid-May, the sun rises at 3:00 a.m. and sets around midnight, drawing locals and tourists alike to the banks of the Neva River to witness the scenic opening of the bridges. This event is a must-see for students during their Russian courses.

Temperatures in St. Petersburg range between -10 and +25 °C, which is relatively mild for Russia. However, due to the humidity and strong wind, being well-dressed in the winter is still important. In terms of weather, the best time to study Russian language in St Petersburg is from late spring and summer to late autumn, though this city’s unique atmosphere is thoroughly enjoyable all year!