As the largest city in Europe, Moscow and its more than 13 million inhabitants comprise the economic and political capital of Russia. This beautiful city wears its history on its sleeve, blending longstanding Asian and European-influenced architecture with today’s modern skyscrapers.

Due to its size, it is really no surprise that Moscow has something for everyone. If you think you might want to learn Russian in Moscow, finding out more about what the city has to offer may just convince you.

Stereotypes about the seriousness of Russians are nowhere to be found in Moscow’s social scene and nightlife. The city’s club scene has taken off in the last few years, giving it a reputation as one of Europe’s best party cities. Moscow also has many restaurants, pubs, and bars, and boasts more than 170 theatres and 50 stadiums. In addition, the city offers excellent shopping options, from niche boutiques to high-end fashion. In a city like this, it is all but impossible for Russian language students to fail to find entertaining and engaging activities.

A Site of World History

Perhaps the most intriguing element of staying in Moscow for your Russian language studies is the opportunity to be surrounded by the legacies of major historical events and figures. Originally settled in the 11th century, what is now Moscow was burnt to the ground twice by Tartar raids. However, the city has always been rebuilt, continuing to survive throughout Napoleon’s 1812 invasion, the 1917 Russian Revolution, and World War II to develop into one of the biggest cities of the world and Russia’s capital. For students who want to learn Russian in Russia, there is no place better than Moscow.

Students can explore the evidence of this history at sites like:

Even without any knowledge of Russian history, Moscow is still an impressive city simply for its visual impact. Moscow has 934 churches, many of which are intricately constructed with massive structures. The most famous is possibly St. Basil’s Cathedral, located adjacent to Red Square. The cathedral was commissioned in the 16th century by ‘Ivan the Terrible’. The cathedral is no longer in use for worship, but still serves as a popular attraction with its trademark onion domes and bright colours. The city is home to many other beautiful buildings, from the upward-reaching Ostankino tower to the intricate Kazan Cathedral. Students of all tastes are sure to find a site of interest as they explore Moscow during their Russian studies.

See the highlights of Moscow while you learn Russian 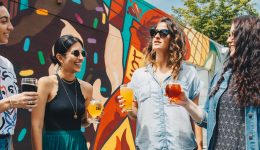 If you study (or plan to study) Russian at Liden & Denz in Moscow, you should know that there is more to #studentlife beyond having... 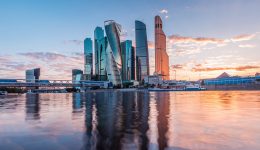 Moscow is a fast-changing city. As the Russian economy took off in the 2000s, stereotypes of food shortages and the mafia in Moscow no longer... 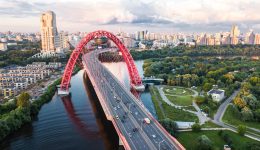 Moscow’s new look: how the city is changing

Visitors going to Moscow for the first time will have many preconceptions about how the city looks like. They may expect a great deal of... 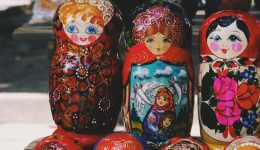 Mystery of the Russian smile

Not unlike the iconic matryoshka (матрёшка) dolls, Russian people may be quite different from your first impression upon meeting them. The Russian smile, or lack...