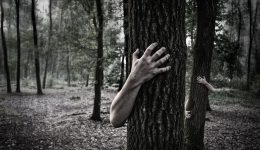 It’s that time of the year again, when you dress up in a terrifying costume and scare your friends: it’s Halloween. Of course, you know that every country has its own creepy and scary characters; like how British people have Jack the Ripper or the Austrians have ‘Krampus’. But what about Russian horror characters? Do… Read More
Discover Russia

What is Chernukha? Read about the Hero of our Time

851 Views November 2, 2017 Russian Courses Leave your thoughts
Balabanov’s Brother offered a response to the stagnation of the Russian film industry in the 1990s, through the invigorating of a past cultural tradition; the Russian hero. The advent of Glasnost brought with it a climate where, for the first time, a discussion could be had on topics which were previously considered taboo or vulgar…. Read More
Discover Russia

The Soviet and Russian Cinema analyzed: “Of all the Arts, the Most Important for us is Cinema”

446 Views November 2, 2017 Russian Courses Leave your thoughts
What makes cinema so important for Russians? What is its cultural importance? Read below! The challenge of the Soviet cinema. After the first world war the Soviet Union was in a state of disarray. Lenin’s first task was to consolidate the people and to communicate with the masses. Film was identified as the most effect… Read More
Discover Russia

Meat Eater in Piter? The Best Meat in St. Petersburg

1204 Views November 2, 2017 Russian Courses Leave your thoughts
If you like to meat eat, Sandra already – hopefully – brought you to know Ketch Up Burgers. However, if you want a bit of a change, here are some of the best meat restaurants you might consider trying in S. Petersburg. 1. SB Burgers Very close to Liden & Denz – on the other side… Read More
Discover St. Petersburg

Saint Petersburg vs Moscow: What are the Main Differences?

764 Views November 2, 2017 Russian Courses Leave your thoughts
Russia’s biggest two cities have a lot to offer. Saint Petersburg is the artist-driven cultural city of Russia, with a lot of gardens and museums. It is well known for art and culture. Saint Petersburg has about 9 million inhabitants. It offers a lot of nice places to visit; many islands, canals and a beautiful… Read More
Discover St. Petersburg