Home » Blog » A Swede’s opinion: IKEA in Russia in comparison to Sweden

A Swede’s opinion: IKEA in Russia in comparison to Sweden 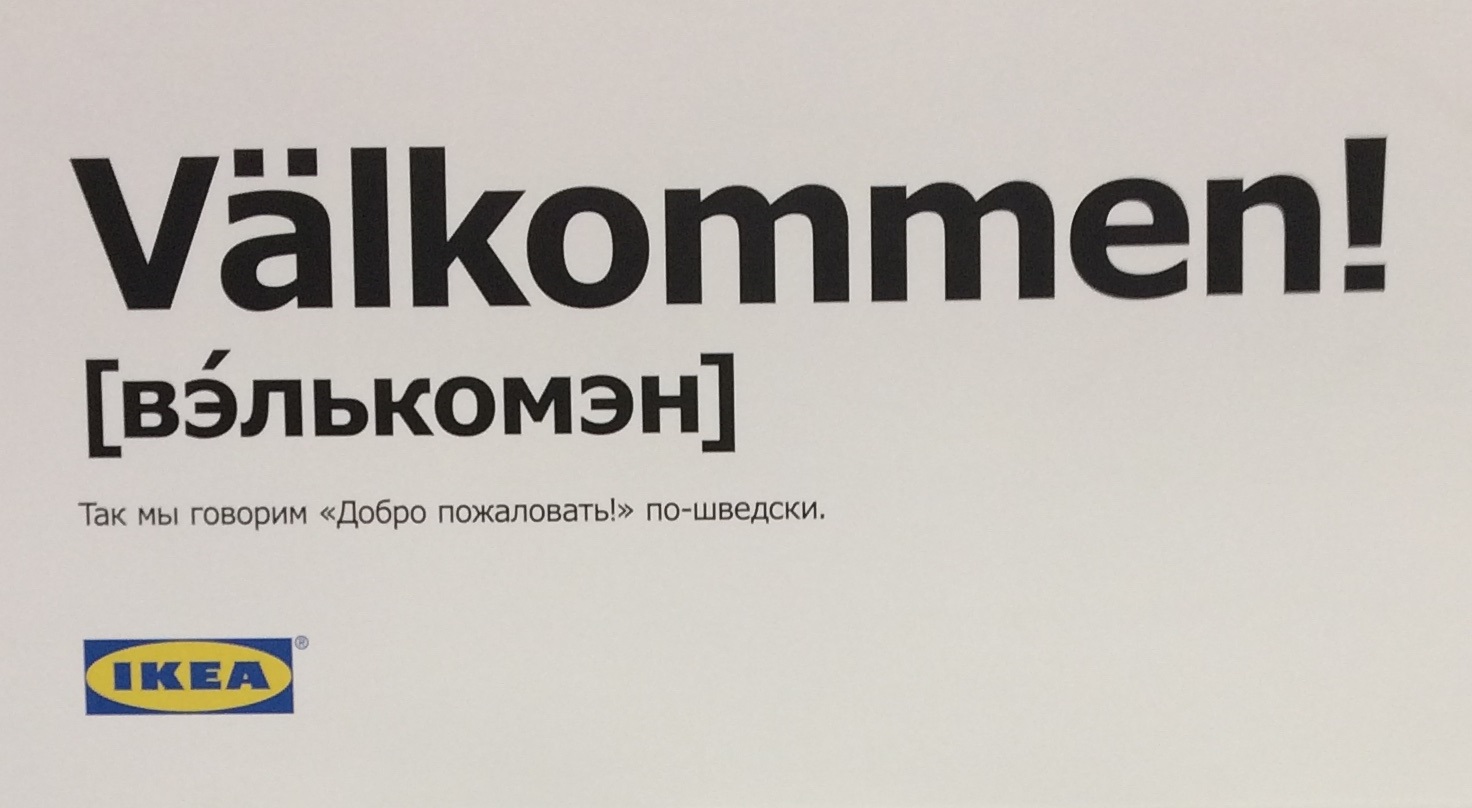 When foreigners think about Sweden the first thing that comes to mind, along with ABBA, is IKEA. This Swedish furniture company has made its way into homes all across the globe and of course they have stores located in Russia and in Moscow. I therefore decided to take a trip to one of them and see how it differed (or not differed) from the once back in Sweden. In general the idea with IKEA stores is that they should be as similar as possible so that wherever on the globe you are when visiting the store, it should always give you the same feeling.

In the Moscow region there are three IKEA’s. The one I went to is located in the south east and the store shares premises with a big mall called Mega Belaya Dacha (Мега Белая Дача). Since it is located quite far from the city centre it is a bit tricky going there by public transport. My advice is to gather a group of friends, like I did, and share a cab. By doing that it will also be easier transporting back all the things you will be buying.

Believe it or not, I did not go to IKEA just for the sake of it. I did have a mission to buy things for the flat and some Swedish food at the food market. What I liked with the store is that although things were in Russian they also wrote the word or phrase in Swedish with a Russian explanation underneath. The Swedish culture and mentality is still present in the store even though it is abroad. Also I find it fun that all the names of the furniture’s and products show both the Swedish name and a Russian transcription of the word underneath. The names does not mean anything in Swedish so there is not an actual need to write them in Russian but it is fun to see Swedish words with Cyrillic letters. 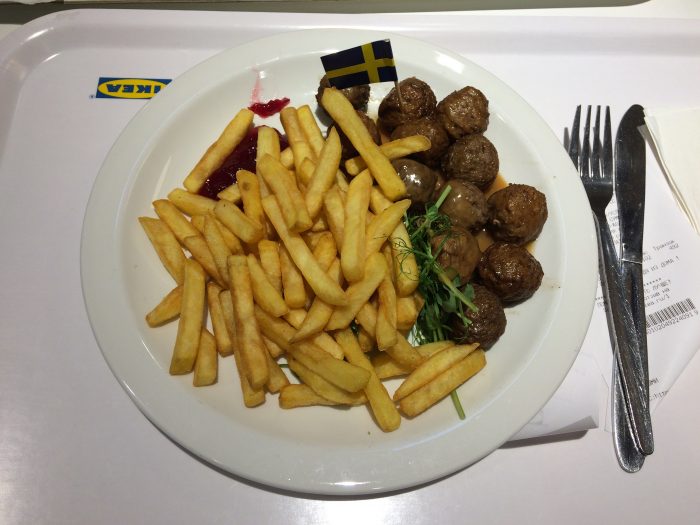 In the middle of the store the restaurant was located. I was of course heading for the meat balls with potatoes and lingonberry jam along with a cinnamon bun for dessert. They had it all; the only difference was that I got fries instead of boiled potatoes which were a little odd but still ok. The taste was the same; it was like having lunch at school again. A plus was that I got a little Swedish flag on my dish. After eating and shopping we went to the last stop of our visit; the Swedish food market. Here they have typical Swedish products which I think are more for Swedish expats then for the locals in the country. The supply was not as large as in Sweden but despite that I found some products from home that I have not been able to find in Russia. Overall I was really pleased with my visit. 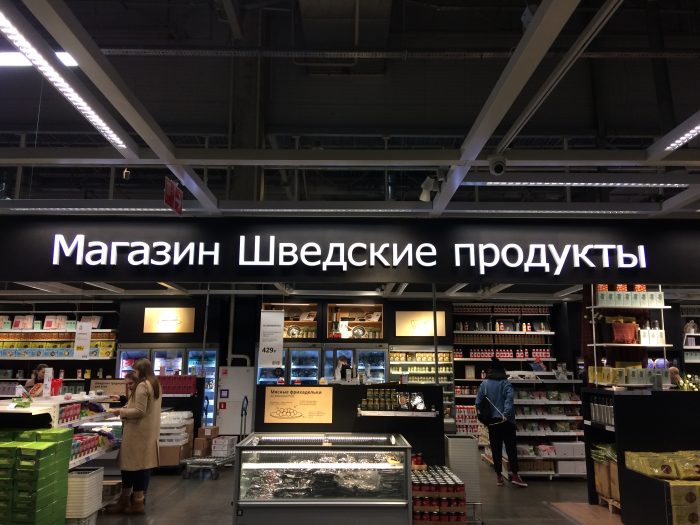 This was the first time I was in an IKEA store outside of Sweden and I would say that besides the Cyrillic alphabet it was just like being in one at home. Obviously the plan of giving the visitors the same experience, regardless of the country you are in, worked. I am also glad to hear when speaking with Russians that pretty much all of them have things from IKEA in the homes. As Swedes we do not brag a lot about ourselves or our country but we are proud of IKEA. I also recommend you as a reader, whom I guess is a current or future student at Liden & Denz, to pay it at visit. It is affordable and you will always find everything you need, and a little more. 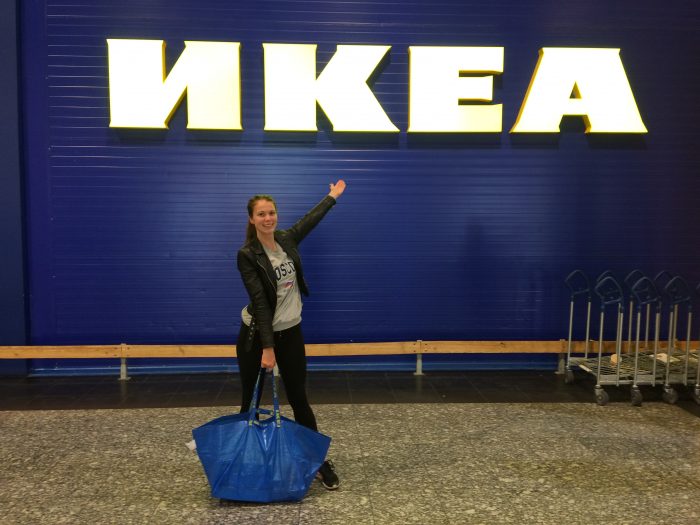 I am a 26 year old Environmental Scientist from Sweden, who is deeply in love with Russia. My dream is to be able to live and work in Russia in the future. I believe that this internship, along with my Russian studies, at Liden & Denz will be a great first step on my journey.
My interest in Russia is not limited to a certain area, instead I find everything about this country interesting and this will be noticed in the wide range of topics for my articles.