In a country as enormous as Russia, have you ever wondered how long it would take to send a letter from one end to the other, or how people from tiny villages in Siberia manage to post a letter? Or maybe you’re studying in Russia and you’d like to know how to send a postcard to your family and friends back home? Either way,  you’ll probably need to know some information about Почта России, the Russian postal service!

A brief history of the Russian postal service

The first postal network was the ‘Ямская гоньба’ (Yamskaia Chase), which was established during Mongol rule in the 13th century to deliver important messages between rulers. Messengers on horses rode hundreds of kilometres a day, stopping every now and then to switch horses.

Russia’s first post offices were created in 1714 by Peter the Great, and the delivering of private correspondence soon became possible. The first post boxes first appeared in 1857, with green boxes for standard service and orange boxes for next-day service. Before houses had numbers, addresses were indicated through description! The sender would describe local landmarks and give written directions navigating the twists and turns of their town.

The first Russian stamp, issued in 1857. Image found at https://en.wikipedia.org/wiki/First_stamp_of_the_Russian_Empire

The postal service was developed during the Soviet Union, expanded extensively into rural areas along with the modernisation and automatisation of the service. In 1994, Boris Yeltsin established the “«День российской почты»”  (Day of Russian Post), celebrated on the second Sunday of July each year.

However, after the collapse of the Soviet Union, there were 90 separate enterprises which acted as the postal service throughout Russia. It was a badly organised and disparate process with outdated technology.

So in 2002, the Russian government set about creating a unified postal service throughout Russia – and Почта России was born.

There has been a lot of restructuring to make Почта России more efficient and reliable. Ministers’ main goal is that post must be delivered properly despite the vastness of Russia’s territory. On this site, you can put in two different cities and see how long it should take for your item to arrive. According to this website, sending a letter between Kaliningrad and Vladivostok (10,000km), will take only 5 days. Below is an infographic (in Russian!)  of how Почта России works.

One problem is the sheer number of items in the post from Russia’s 42,000 post offices. Even if an item is delivered to the sorting office on time, it can be weeks before it is sent on.  Sorting centres work 24/7 365 days a year with the aid of specialised Italian equipment, and the government are continuously working to increase staffing and automation. 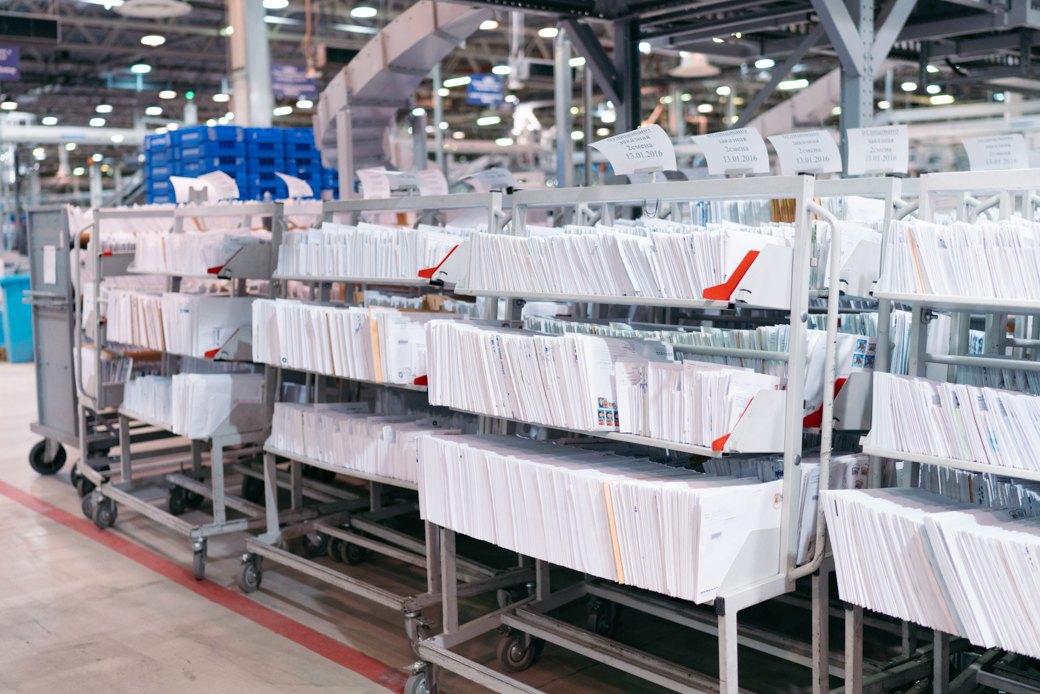 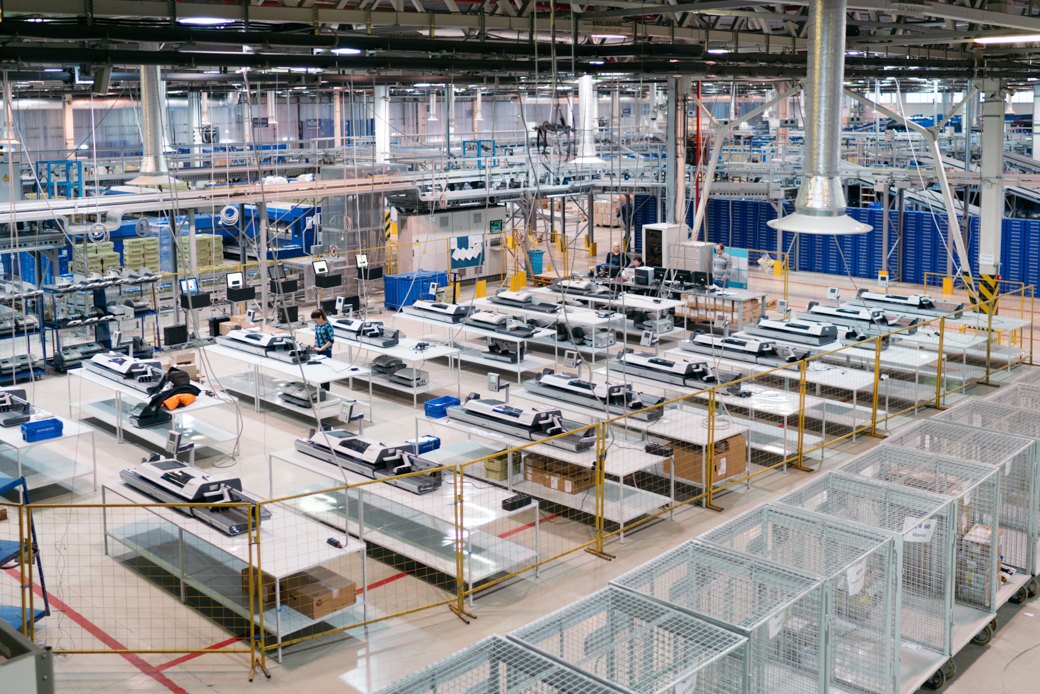 Another issue is the processing of international items through customs. Почта России underwent reforms in 2013, as customs at Vnukovo and Sheremetevo airports was in a critical situation, and the International Post Office had a backlog of over 50,000 parcels. They made an agreement that post would be sorted in the country of departure, and also arranged to decentralise the customs houses.

Nowadays, there are a number ways which make accessing the services of Почта России easier. In many post offices there are self-service terminals to reduce queues. You can also find tiny kiosks which carry out basic post office tasks, so you don’t need to visit the main office. There are also automated boxes – «почтомат» – to allow people to collect their post at any time. In remote villages, people are visited by the «почта на колесах» (post on wheels), a van which will collect and deliver their mail. 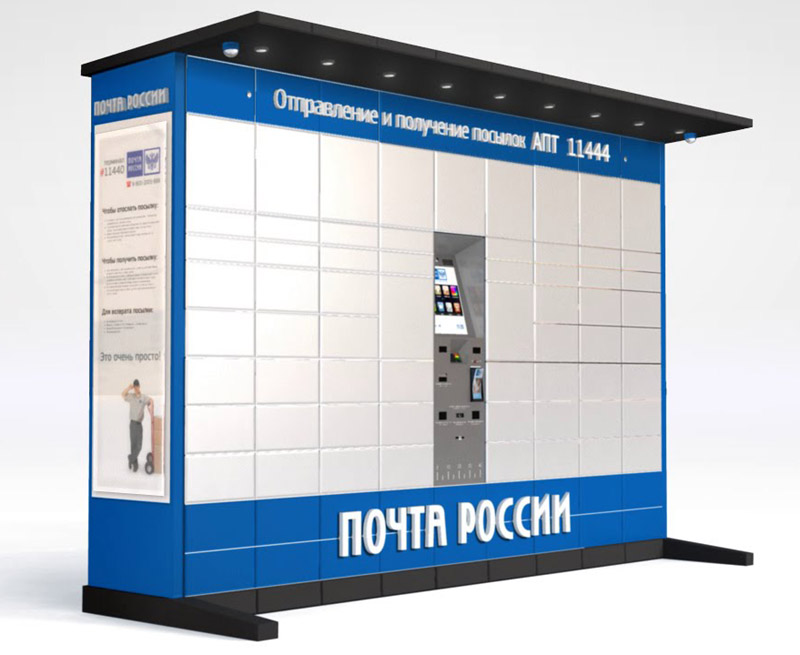 The world’s northernmost post office is located in Russia on Остров Гукера. So, how can I send a postcard?

Going to the post office is a good way to practice your Russian! Here is a short, handy guide. Check out the glossary at the bottom of this article for some helpful vocab.

First of all, find your nearest post office by visiting the Почта России website. Make sure to check opening hours and lunch-break times!

At the post office, go to the self-service terminal and choose the option which best suits you: «отправить» (send), «почта за границу» (international post) and select your item «посылка» (parcel) or «письмо» (letter). Take a «талон» from the machine (the numbered ticket which places you in the queue). Take a seat until your number is shown on the screen.

To send post internationally, prices start from around 45 roubles for a postcard (about 50p) If you are sending a parcel, it will be much more expensive.

Once you’ve received your stamps, ask the post office worker to show you where to stick the stamps on. Finally, put your postcard into the box in the post office!

With standard delivery, be prepared to wait at least 2-4 weeks for your letter to be delivered, but it can take longer.

Is there an alternative to Почта России?

You can use DHL or FedEx, but these tend to be very expensive, starting from around £30. If you’re not sending anything precious or which needs to be delivered in a hurry, give Почта России a whirl!

On the other hand, it is recommended that if you plan to have a parcel delivered to Russia, the sender should use a courier company, as parcels can get misplaced somewhere along the line.

What are you not allowed to send or receive by post?

As well as obvious things like weapons or drugs, there are some items which you are forbidden to send or receive.

And my favourite: it is forbidden to send or receive ice via post.

So, if in doubt, it’s better to wait until you’re coming home and bring these items in your suitcase. I frequently bring English tea and food (can’t be living without Marmite!) and take home souvenirs and ornaments.

What else can you do at the post office?

Register your visa and do photocopying and printing.

You can even buy food! (Maybe this is necessary if the queue is very long…)

If you’re interested in post or communications systems, pay a visit to the Popov Museum of Communications, named after Aleksandr Popov, a Russian scientist who invented the radio. You’ll find history about post, telegraph, telephone systems, broadcasting and even space communication! The museum is home to a vast array of exhibits, an enormous collection of postcards and 4 million stamps from around the world, and is suitably situated on Pochtamskaia Ulitsa (post street). You can even find a post office in the museum!

A Soviet postage stamp from 1960, depicting the museum. Image found at https://en.wikipedia.org/wiki/A.S._Popov_Central_Museum_of_Communications#/media/File:Stamp_Soviet_Union_1960_CPA_2421.jpg

A stamp collection which I found at Udelnaia Market, containing stamps celebrating the USSR’s space-related acheivements 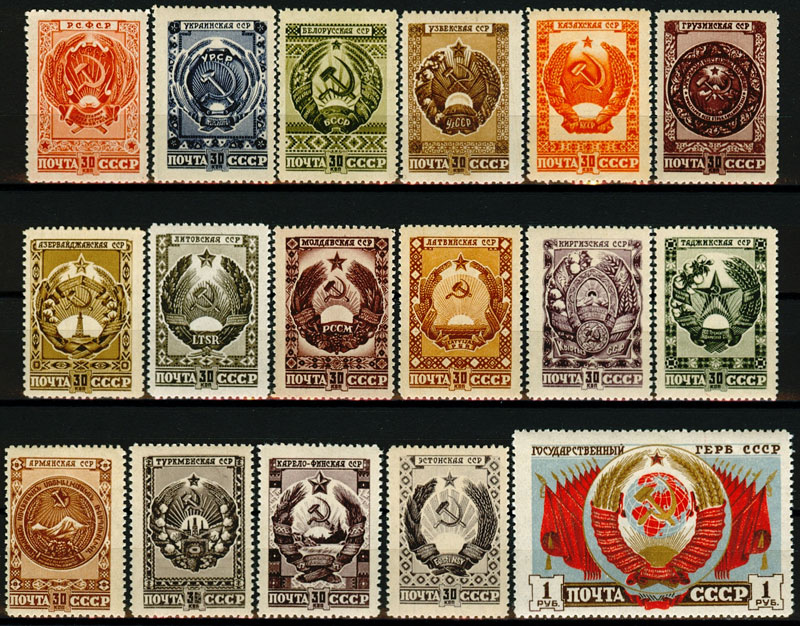 Stamps from 1947 depicting the emblems of the different republics of the USSR. Image found at https://filtorg.ru/product/1947-1022-1038-gosudarstvennye-gerby-sssr-i-soyuznyh-respublik/ 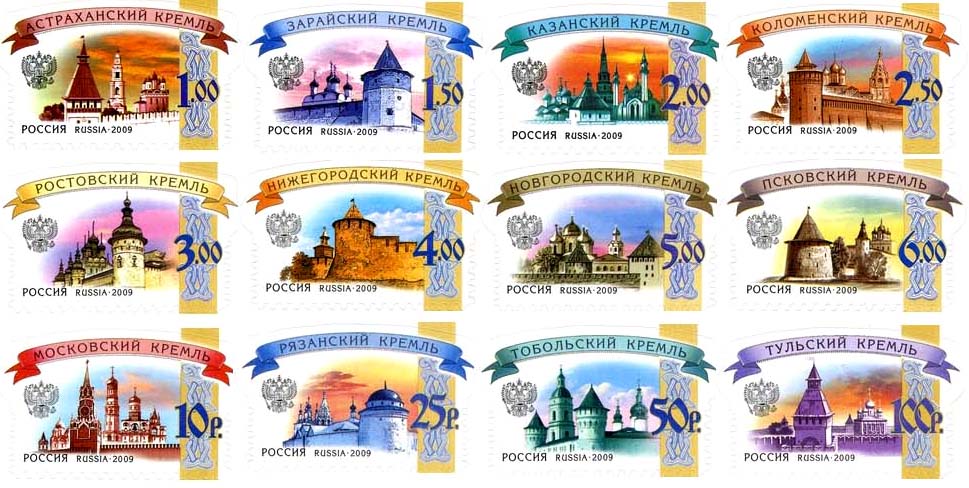 Талон – numbered ticket giving you a place in a queue

Можно одну марку, пожалуйста? – may I buy one stamp, please?

Thanks for reading. I hope that you’ve learnt some interesting and helpful info about Почта России, and feel confident enough now to brave the post office and send some things yourself! До встречи, Rachel