Home » Blog » The Russians and Russia on films and TV series

Oh, the Russians! I was recently watching the last season of Stranger Things and, to my surprise, Russians are quite present there. For those of you who might not be familiar with the TV series, it is set on an American town during the 80s. And what do we recall from those times? The unique fashion style, amazing music, and the Cold War. In this season the main plot develops around some mysterious incidents which are somehow linked to the Russians. There’s even a scene where some of the characters devote an entire episode to translate a message in Russian! (They did not have time to come to Liden and Denz and learn Russian). Not Surprisingly, the bad ones were the Russians. That made me ask myself: What is the image the world gets of Russia and the Russians through American fiction?

In this post, we will discuss and discover different features that, in my opinion, are commonly present whenever the action takes place in Russia or include Russian characters. I will just share my impressions as average expectations. Needless to say, I haven’t watched all American productions but I find that, in general, they present Russia and the Russians in a very stereotypical way. Of course, many TV shows and series are not very realistic in their portrayal, but it still fun to discover how the represent the motherland. And for sure we will have fun!

The Russians in TV series and films

I have the impression that the Russians are quite often “the bad ones” in films, and this can be explained if we look back to the USA’s history. During the Cold War, Russia was the official enemy. Being “communist” was once of the worst things you could be. At that time could even consider that fiction was used as propaganda to convince people of how evil the communists were. The Soviet Union/ Russia was, therefore, a good source of bad guys for Hollywood films and American TV series. As a consequence of this historical period, I have the feeling that this association between Russians and bad things made into modern fiction.

Even nowadays, in many American films and TV series (like in Stranger Things) the Russians as a whole were considered the enemy. Don’t want to share spoilers here but I must say that, fortunately not all Russians are negatively portrayed. They do have a super huggable and sweet Russian man. Finally a bot of colour in such a grey representation of the Russians! You can see him slurping his Slurpee for 12 hours in a row!

Presenting Russian spies is always an interesting move and it’s not only Stranger Things doing it. It’s a popular resource. Hence, it can be found on James Bond (who is not familiar with “ From Russia with Love”?) films, or the classic Dr Strangelove or on the TV series The Americans. And that’s only the tip of the iceberg! More recently Russian spies living in the USA have also become the protagonists of their TV series in The Americans. In The Americans, a man and a woman KGB agents pretend to be a typical American married couple.

If Russians are not portrayed as spies or members of a criminal group, they are often portrayed as tough and cold. Void of positive emotions full of violence. They create a character to dislike and, Russians seemed to do the job pretty well. Who didn’t hate the Russian guy on Rambo? And the moment we hear a Russian accent the spectators know already who might be “the bad one”. 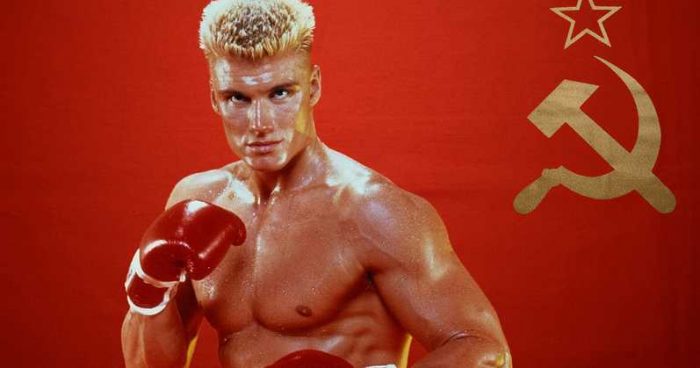 When I think of Russian characters in Hollywood productions a particular man comes to my mind, which I think can also represent frequent stereotypes about Russia. I’m talking about Lev Andropov from Armageddon. He’s a tough Russian cosmonaut who loves vodka a bit too much. Still, he saves the world! Fair enough. 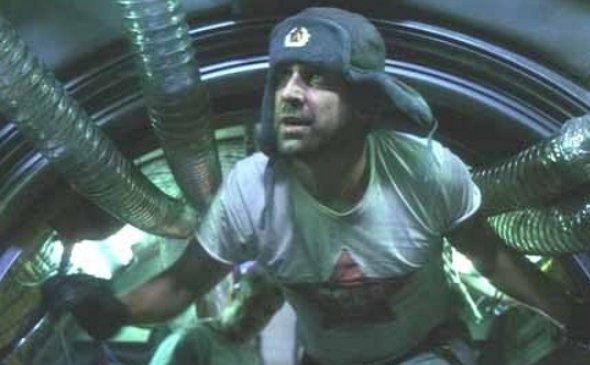 Don’t learn Russian with them

Frequent though Russian characters may be, they are not usually performed by Russian actors. Quite frequently Hollywood employs American actors to play a Russian role. The result? Usually funny but not the best to learn Russian. I could share with yo many scenes in which American actors struggle with Russian language (just as we learners do!) while trying to pretend they are native speakers. That’s the case of one of Marvels superhero The Black Widow”. She’s a KGB agent (a spy, what else could she be?) so, at some point, she has to speak Russian. You can see the result in the following video.

Russia in films and TV series

We have briefly discussed the prototypical characters we often find in fiction. When it comes to representing the country, they also make use of stereotypes. It looks like they show people how they imagine Russia to be, instead of trying to portray the rich and varied country Russia is.

And whats Russia for most foreigners? A cold grey place, with a lot of soviet grey buildings and, of course, snow. At least, thanks to the snow, is to all about the grey colour. But in films, it seems like is always winter in Russia! I cannot think of any American film that shows Russia as a country where they have summer. In Red Sparrow, another film about Russian spies they seemed to have to check out all the box on they’re “Show stereotypes about Russia” list.

As you can see, it’s all grey and covered in snow. We can justify the abundance of soviet grey buildings if we take into account the time when the action is set (Soviet times) but I think it could have been interesting to show Russia in summer. And way more original!

So, what have we learnt from films? That Russians are taught, drink vodka, they might always be spies, some cool ones even cosmonauts and the life in a country where is always winter and old the buildings are grey.  Doesn’t match my experience in Russia, but I would love to read in the comments if you think Russia and the Russians are accurately portrayed in American fiction.