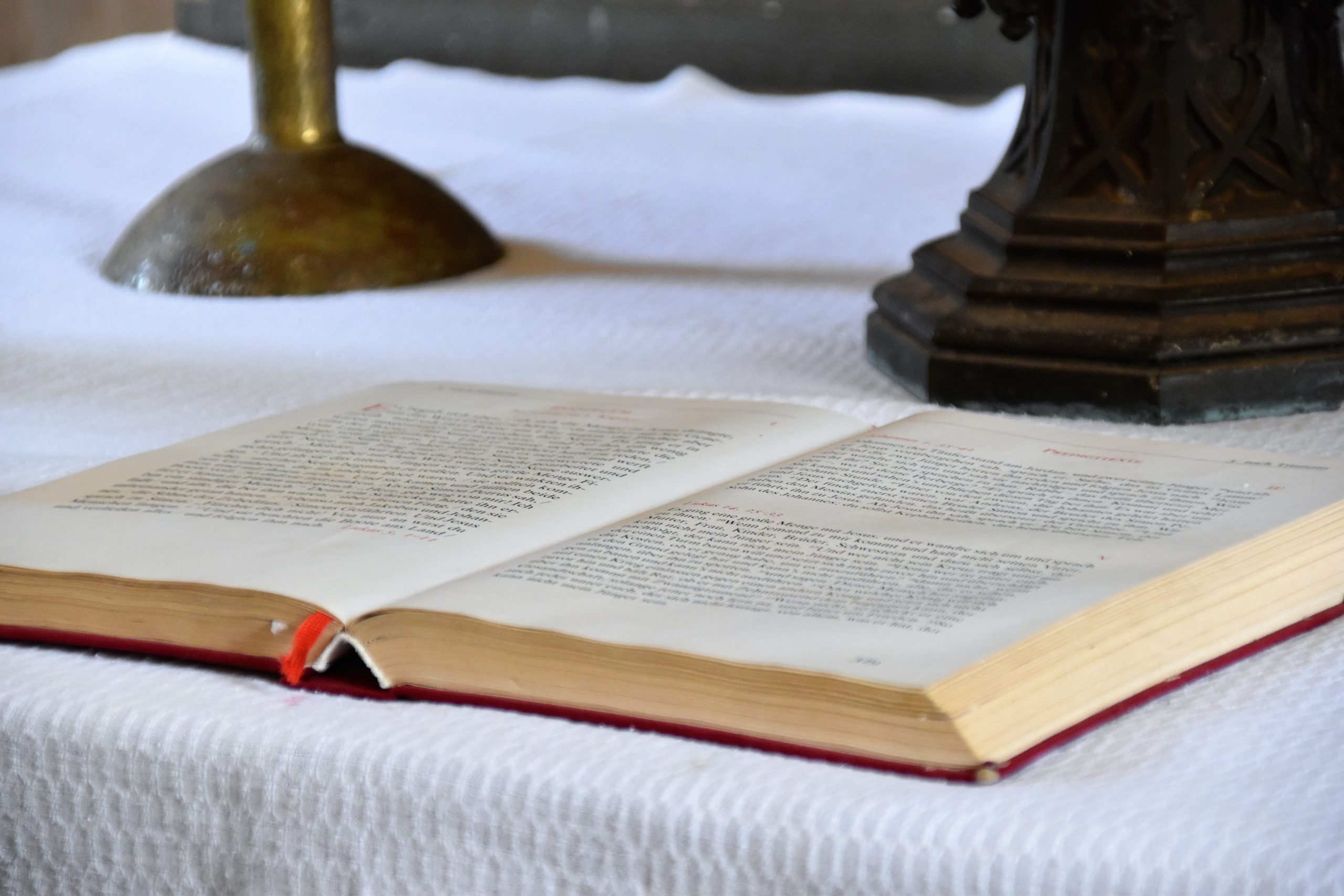 Learning the Russian language can be a long, hard slog. Days, weeks, months spent poring over textbooks, attempting to understand the cases, crying over aspects, endeavouring to pronounce ы and щ.

Viewed through the prism of grammar, it’s easy to forget that Russian is full of beautiful words and phrases. So if you’re feeling a bit stressed, why not have some light entertainment and read about the interesting origins and meanings of these Russian words?

Allegedly, Tsar Nicholas I took a trip to England, and came across Vauxhall Station when travelling through London. Upon asking what this place is, and being told ‘Vauxhall’, Nicholas took this to be the generic name for a train station, and brought it back to Russia! This has been disputed by scholars: some say that the first Russian railway station was both a station and an entertainment hall, and that the name therefore comes from the French term for a music hall; or from the ‘Vox Hall’, named after music hall owner Jane Vox. Whatever the true story, the first one is certainly my favourite.

This word comes from the Russian word for plague, ‘чума’, but it doesn’t have negative connotations. You would use ‘Чумовой’ to refer to someone who is a party animal, a bit wild, or to refer to something which is very surprising or impressive. It seems similar to the English slang word ‘sick’, which refers to something really cool or fun.

The word ‘Свидетель’ originally had a different spelling, ‘Свeдетель’. In old Russian language, the word ‘ведеть’ meant ‘to know’, instead of the modern-day ‘знать’. So, the ‘Свeдетель’ was ‘one who knows’. Nowadays, the change of one simple letter changes the nuances of the word entirely. The modern spelling ‘Свидетель’ contains the word ‘видеть’, which means ‘to see’. So instead of a witness being one who knows what happened, now they are just someone who saw something.

If you search ‘бабка’ in the dictionary, you’ll find that it is a diminutive, affectionate word for ‘бабушка’ (grandmother). And this is actually the origin of this slang term! On banknotes in imperial Russia, there were often images of women. As a result, the banknotes were referred to lovingly as ‘grandma’.

Along the same lines, Ведьма also has the root ‘ведь’. So a witch was a lady who had knowledge beyond that of other people.

And one more! In Russian, ‘мёд’ means honey, and ‘ведь’ has the same root as the above words. So, ‘Медведь’ means ‘the one who knows where the honey is’!

The origins of this word are indeed the word ‘bazaar’. And what do you do at a bazaar? Bargain, of course! So for this reason, ‘Базара нет’ implies no need to bargain or discuss something any further, it’s fine just how it is.

Peter the Great imported many ideas from the English navy to the Russian navy. This included English naval equipment such as the ship’s bell, as well as English naval commands. Russian sailors therefore adopted the English command ‘ring the bell!’, and in Russian it sounded like ‘рында бей!’ (rynda bei!) After a while, рында was adopted as the generic word for a ship’s bell.

The first word that we all should have learnt in Russian! ‘Спасибо’ originates from the religious saying ‘Спаси Бог!’ which means ‘God save you’. Eventually, this was shortened into one word.

If you’re studying Russian and have spent any time at all on the internet, then you’ll surely have come across the current internet obsession that is the Гопник – the Adidas-wearing, cigarette-smoking, sunflower-seed-eating youth. But where does this word come from? Some say that it comes from the acronym of ‘Городское Общество Презрения’ (City Charity Society), which provided support to the lower classes. Others say it relates to the term ‘гоп-стоп’, which refers to a street robbery in which the victim is jumped on.

And unfortunately, you can’t hide from Russian grammar forever! The word ‘гопник’ declines – the feminine gender is ‘гопница’ (gopnitsa), and plural is ‘гопота’ (gopota). Make sure to study carefully.

Citizens of the early Soviet Union came up with a wonderful array of names to suit their new society. For example, ‘Трактор’ (Tractor), ‘Электрификация’ (Electrification), ‘Мэлс’ (An acronym of Marx, Engels, Lenin, Stalin), and ‘Нинел’ (Lenin, but spelt backwards).

The name Даздраперма, however, takes the biscuit. It is a conglomeration of ‘Да здравствует Первое Мая!’ (Long Live the First of May, the International Day of Workers’ Solidarity).

This one is pretty self explanatory. It comes from the Russian word ‘почему’ (why), and takes a diminutive ending as it is often used to refer to children (as well as adults).

Божья коровка literally means ‘God’s cow’. Before you ponder too much over the strangeness of this expression, ask yourself whether the English word is any less unusual! A ladybird has spots like a cow, and wings like a bird, but the similarity ends there. Some say that the ‘Божья’ part of the name refers to ladybirds’ pest-eating tendencies, thus saving crops from being eaten. 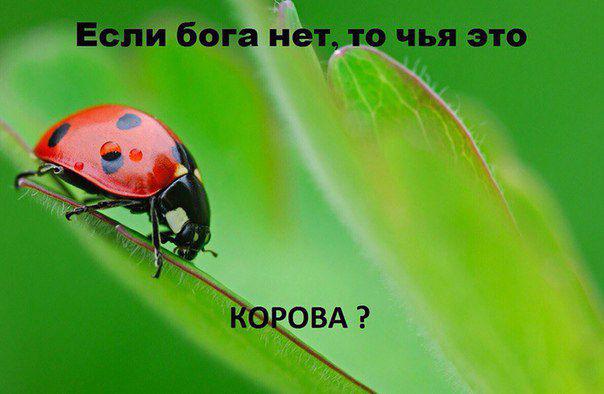 Apparently, the origin of this word is the Napoleonic War in 1812. In the aftermath of their unsuccessful invasion, the hungry, freezing French soldiers approached the Russian peasants with requests for food and shelter, always uttering the words ‘cher ami’. The disgruntled peasants eventually turned this into a word, ‘Шаромыжничать’, meaning someone who hangs around doing nothing and asking for things.

Russian has a lot of foreign borrowings, but this one is my favourite. It has taken the English word ‘to check in’, and added a Russian ending. It can be used in many situations – to check into a hotel, to check in at the airport, to ‘check in’ on social media… the possibilities are endless.

One of the best parts of language learning is coming across these little gems that make you smile and even help you better understand how Russian language comes together. I hope that you’ve found this post entertaining, and hopefully learnt something along the way! До встречи, Rachel. 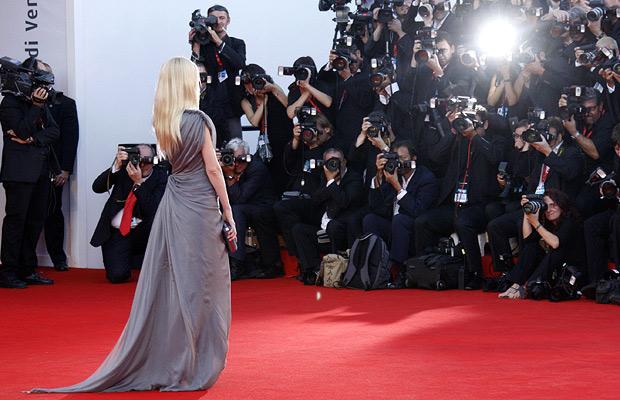 Have you ever wondered which famous people can speak Russian? While some celebrities have Russian ancestors and therefore know the language, there are also others who had to learn it from scratch. Check out this list to find some fellow Russian speakers in the celebrity world. …