Oranienbaum – Relaxation fit for a king

On the last weekend of the Russian summer, it was 25 degrees with clear blue skies. So what better to do than escape the hustle and bustle of the city and go out to the countryside? We spent the day in Oranienbaum, a beautiful royal estate perched on the Finnish Gulf.

Oranienbaum is less than an hour away by train from St Petersburg. On the train journey, you catch glimpses of the Finnish Gulf and see the city melt away into villages and countryside. After a short walk through Lomonosov (Oranienbaum’s surrounding town), a large palace with ornate gardens soon comes into view. This is only the tip of the iceberg of what you’ll find there.

The land was gifted by Peter the Great to his friend Aleksandr Menshikov. In typical Peter-the-Great style, Oranienbaum has a German name – it means ‘Orange Tree’ in German – and construction began at the same time as Peterhof (Peter the Great’s magnificent summer residence). The estate encompasses kilometres of forest paths, beautifully designed pleasure gardens and lakes, and palaces hidden in the grounds which are some of the oldest in St Petersburg and showcase Rococo and Baroque architecture. Oranienbaum is special in that it is one of the only estates around St Petersburg which did not suffer severe damage during Nazi occupation and the Siege of Leningrad.

The Grand Menshikov Palace («Большой Меншиковский дворец») is the oldest palace of Oranienbaum, having been built in the early 1700s. It was partly refurbished by Francesco Rastrelli, famous for his opulent designs including the Winter Palace and Smolny Cathedral in St Petersburg. The Grand Palace has terraced steps, long colonnades stretching around the ornamental gardens and lawn, and intricate domes at its corners. We didn’t go inside the palace as the weather was simply too nice, although I have heard that the exterior itself is much more impressive. 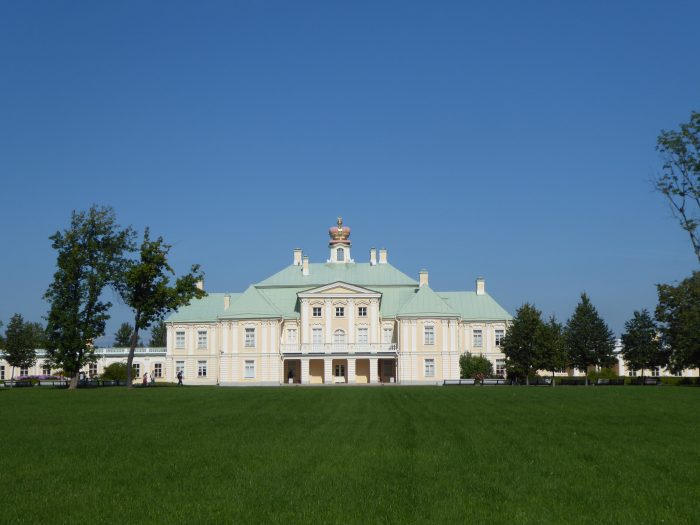 Grand Menshikov Palace, seen from across the main lawn 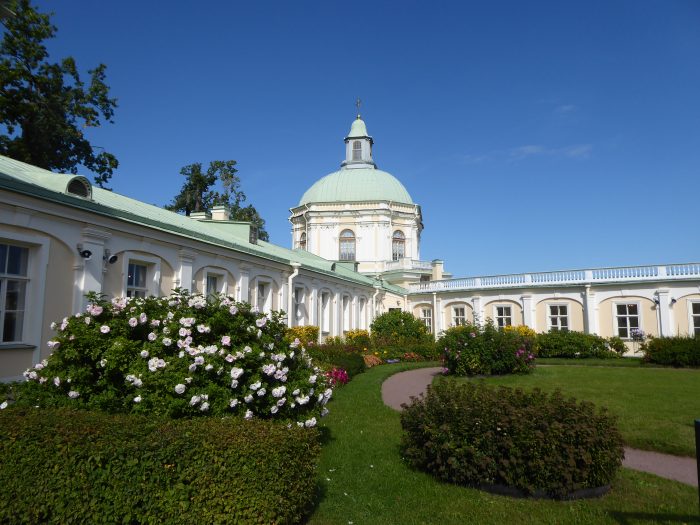 The Japanese Pavilion, one of the corner pavilions of the Grand Palace 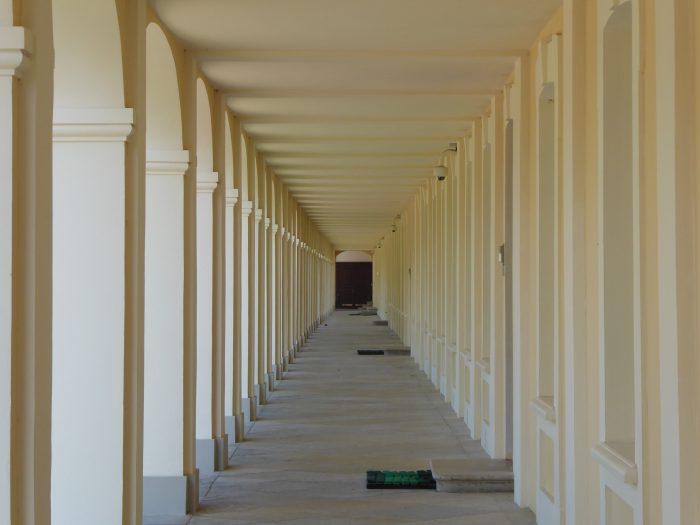 The Ladies’ Wing, which runs along one side of the main lawn

As you venture through the maze of woodland paths in Oranienbaum Park, you stumble upon many other ornate buildings.

One is the Chinese Palace («Китайский дворец»), which was built as a dacha (summer house) for Catherine the Great. It is a pastel coloured palace with balconies looking out onto a private lake. The lake is fringed with marble statues, leafy tunnels and ornamental colonnades. Although Catherine reigned for 34 years, she spent less than 50 days there! But during this time, she held opulent festivals and parties at the Chinese Palace. 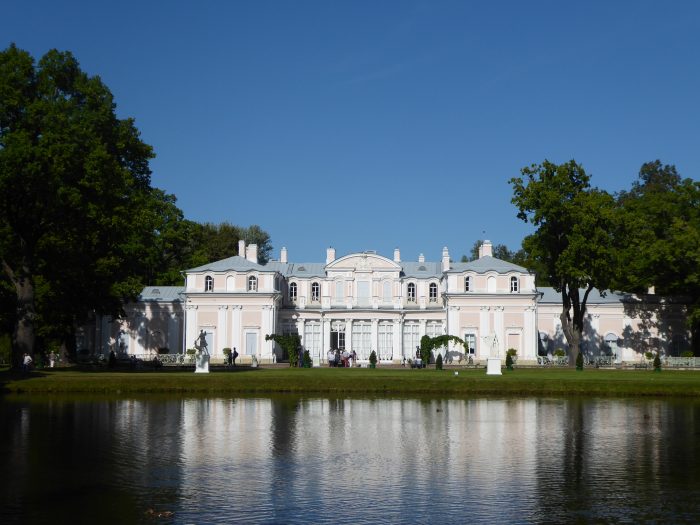 The Chinese Palace from across the lake 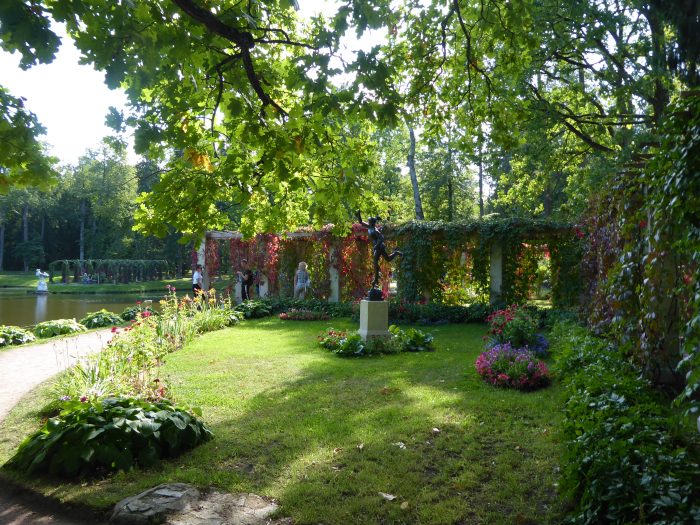 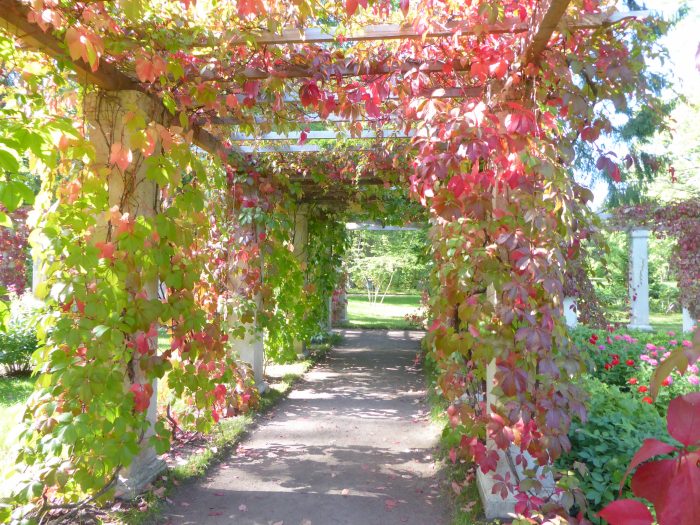 Whilst we’re on the topic of royal festivities, another building in Oranienbaum is the Toboggan-Slide Pavilion («Павильон катальной горки») nestled in one corner of the park. In the style of true royal excess, the Pavilion is a wedding-cake of a building which boasted a 530m long toboggan slide cascading from the second floor, containing straight and wiggly slides.

According to the information board at the Pavilion, ‘sliding down ice hills was widely popular at the Russian Court in the 18th century’, and so a slide was created at Oranienbaum for ‘summer-time sliding only’. The mental image of the royal family dressed up to the nines in finery and furs, sliding down a hill like a child in a playground, was very amusing to me.

To my great dismay, the pavilion itself is closed for refurbishment until 2021. But you can appreciate the length of the slides from the meadow where the toboggan slide used to be, and get a feel for the size of the building regardless. 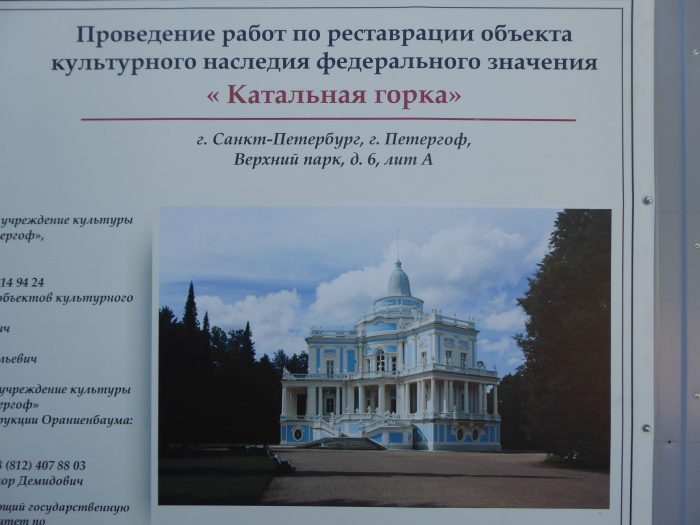 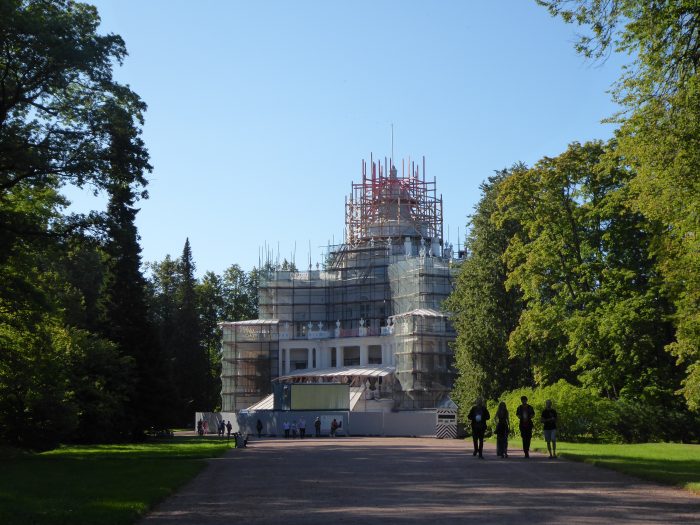 The refurbishment of the pavilion 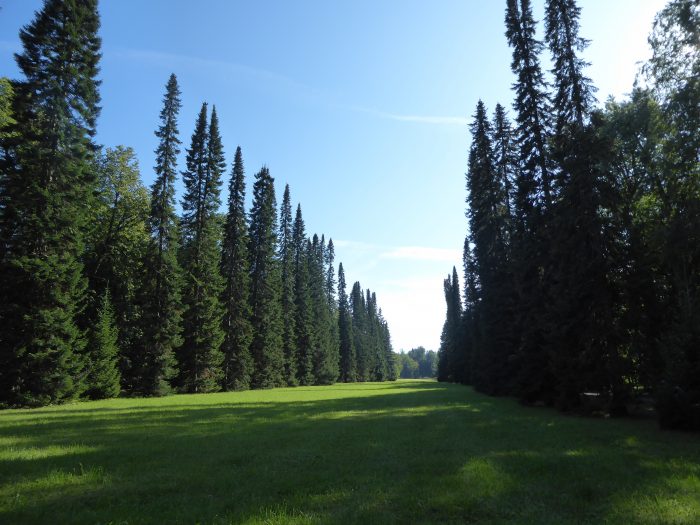 The meadow where the 530m toboggan slide used to be

The gardens of Oranienbaum are the ideal place to spend any afternoon. The huge park is 162 acres – the size of nearly 230 football fields! Half of the park is made up of a grid of leafy avenues and vistas, and there are a number of tree-lined lakes and ponds which you can relax by. If you venture off grid to the other half of the park, it feels like a different place entirely. You find yourself walking along winding paths in thick woodland, and there are clearings where you can sit down and have a picnic. 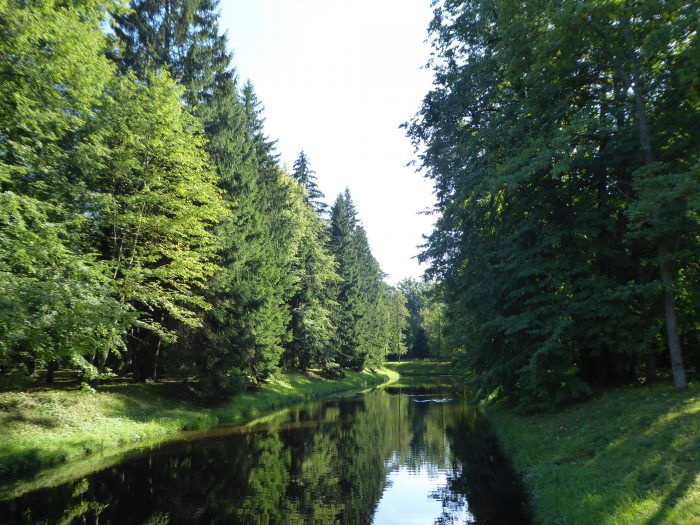 A lake in Verkhnii Garden 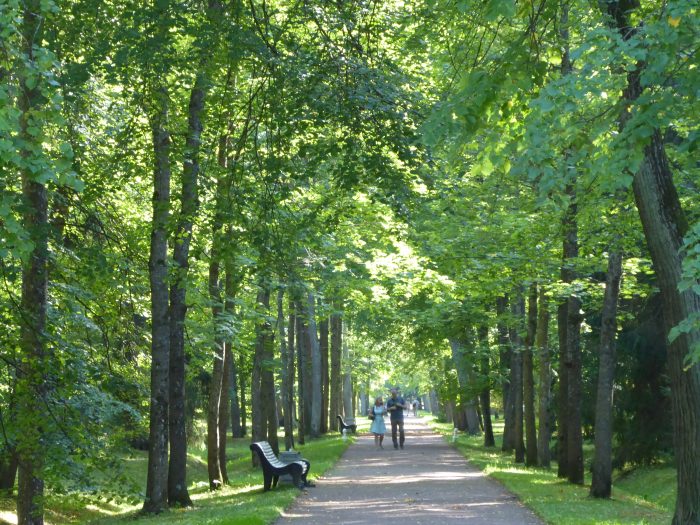 One of the tree-lined avenues 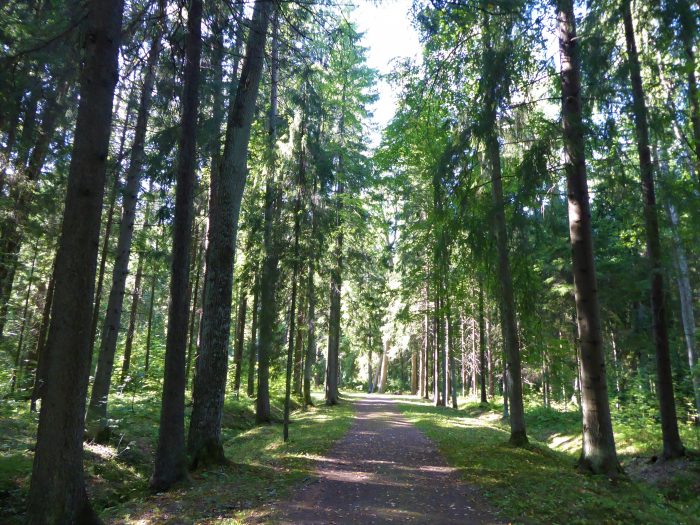 A forest path in the west of the park

A clearing in Verkhnii Gardens, where we had a picnic

There was quite a lot of refurbishment going on, so various parts of Oranienbaum were shut to the public. However, if you’re going for a day out and a walk rather than to see palace interiors or specific places, this would not be a problem.

Oranienbaum would be the perfect place to visit in any season. In autumn, the park would look beautifully golden, and winter, you can rent skis and go cross country skiing in the park. Having been to Peterhof during autumn and Pavlovsk to ski during winter, I’d love to return to Oranienbaum many more times.

I hope that you’ve enjoyed reading this post, and will take a trip to Oranienbaum some time!