Home » Blog » Bringing a Pet to Russia: What You Need to Know?

Bringing a Pet to Russia: What You Need to Know? 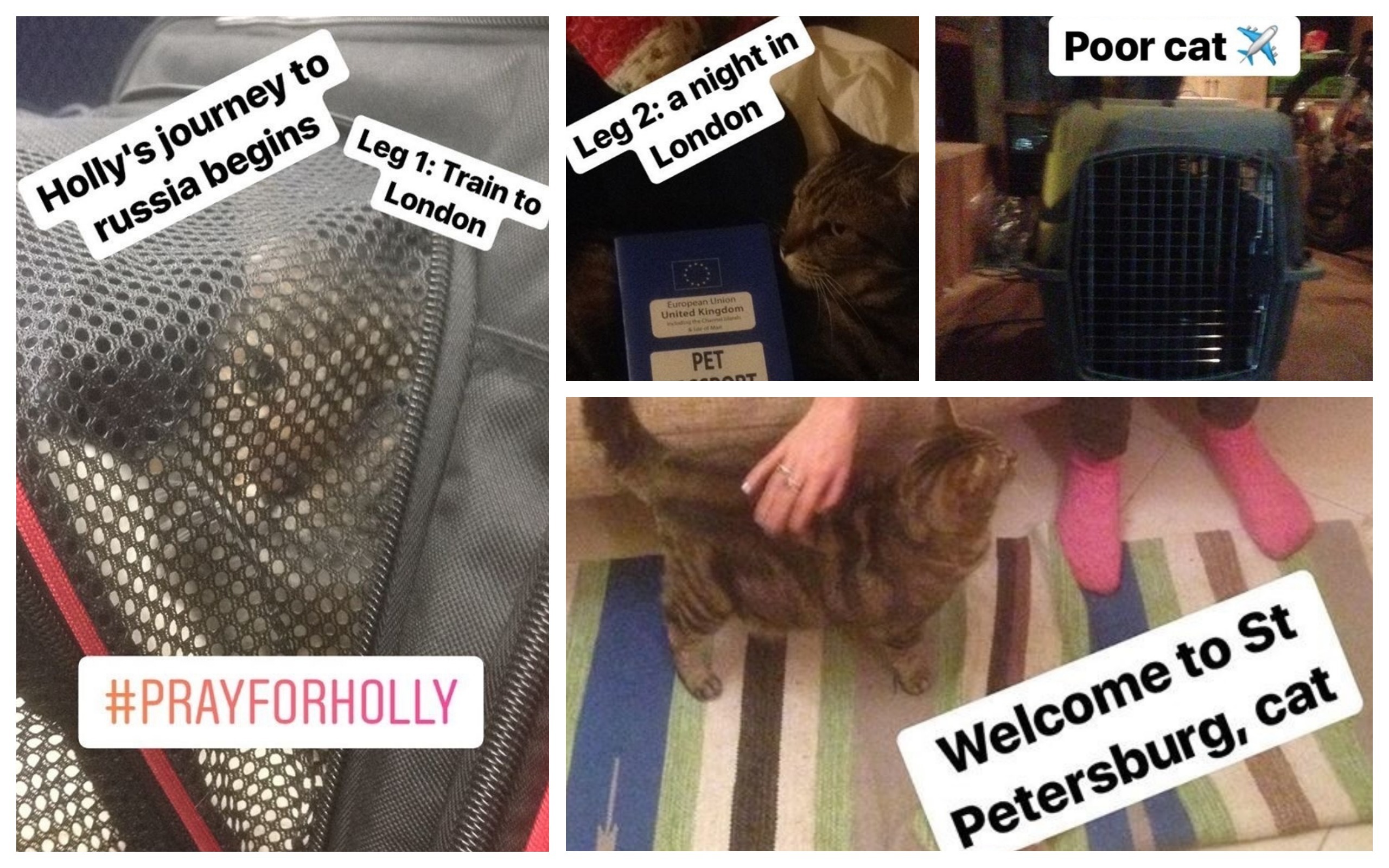 When I told people I was moving to Russia, the first thing a lot of them said was, “But what will you do about you cat?” Many assumed that we’d leave her with friends or family, and were surprised to learn that in fact we were planning to take Holly with us. Most people I spoke to said they wouldn’t have thought it would be possible to bring a pet to Russia.

Now that Holly is safely ensconced in St. Petersburg, I can confirm that it is possible to bring a pet to Russia. It’s not easy, but it’s possible.

WHY bring a pet to Russia?!

This is the main question people asked me – they just couldn’t believe that we were willing to put all that time, effort and money into bringing our cat to Russia with us.

We brought Holly over with us for a lot of reasons. The first and foremost being that we’re going to be over here for a long time and don’t plan on returning to the UK in the near future. Obviously, if we were only going to be away for a month or so, we wouldn’t have bothered. Besides, we didn’t really have any friends or family available to look after her in the long term. And we knew Holly doesn’t respond well to being left with other people – she gets sad even if we leave her overnight.

In the end, we looked at all the options, and decided it would be less stressful for Holly to fly out with us than to be left behind in a strange home for such a long time. So that’s what we did.

How to bring a pet to Russia

The rules vary depending on where you’re coming from, but generally for a cat or dog, you need:

Your next step is sorting out your transport route. If at all possible, it’s better to fly with your pet in the cabin (although larger pets will have to go in the hold). Obviously you need to check your airline’s pet policy before booking, and reserve a place for your pet in advance. When checking in, you’ll be issued with export paperwork, which you’ll then hand over to Russian customs upon arrival. Flying with your pet usually costs an extra €50-€150 on top of your own ticket.

Unfortunately, if you’re flying from the UK like I was, this won’t be an option for you. That’s because the British Government don’t allow flights entering or exiting the country to carry animals in the cabin or checked into the hold (which is really rubbish of them!).

So what are your options if you’re coming from the UK?

We chose the latter option because it seemed easier and faster. In short, I wouldn’t recommend it. It was stressful, and involved four hours of being led around the customs area and cargo terminal of St. Petersburg Airport filling in various forms and being told off for not having exactly the right stamp in exactly the right part of exactly the right form… Suffice it to say, we’ve already decided that when go back to the UK, we’re flying to Amsterdam and then taking the ferry instead!

Stresses of the journey aside, Holly has settled in well to her new Russian life, none the worse for the journey. She likes to watch the snow out the window, but upon realising how cold it is, has shown no interest in going outside. It seems being well-travelled has not made her any more adventurous!

So: was it worth all the time and effort?

I’ll let you be the judge of that… 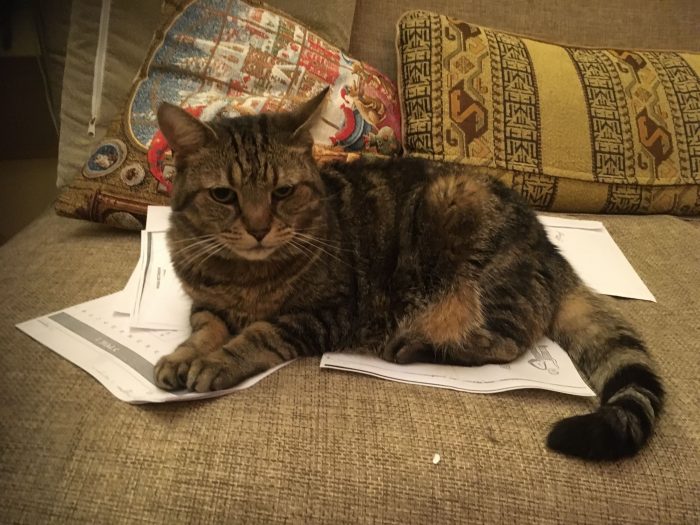 Yes, that is my Russian homework she’s sitting on…