Church Hopping: The Best Churches to Visit in St. Petersburg 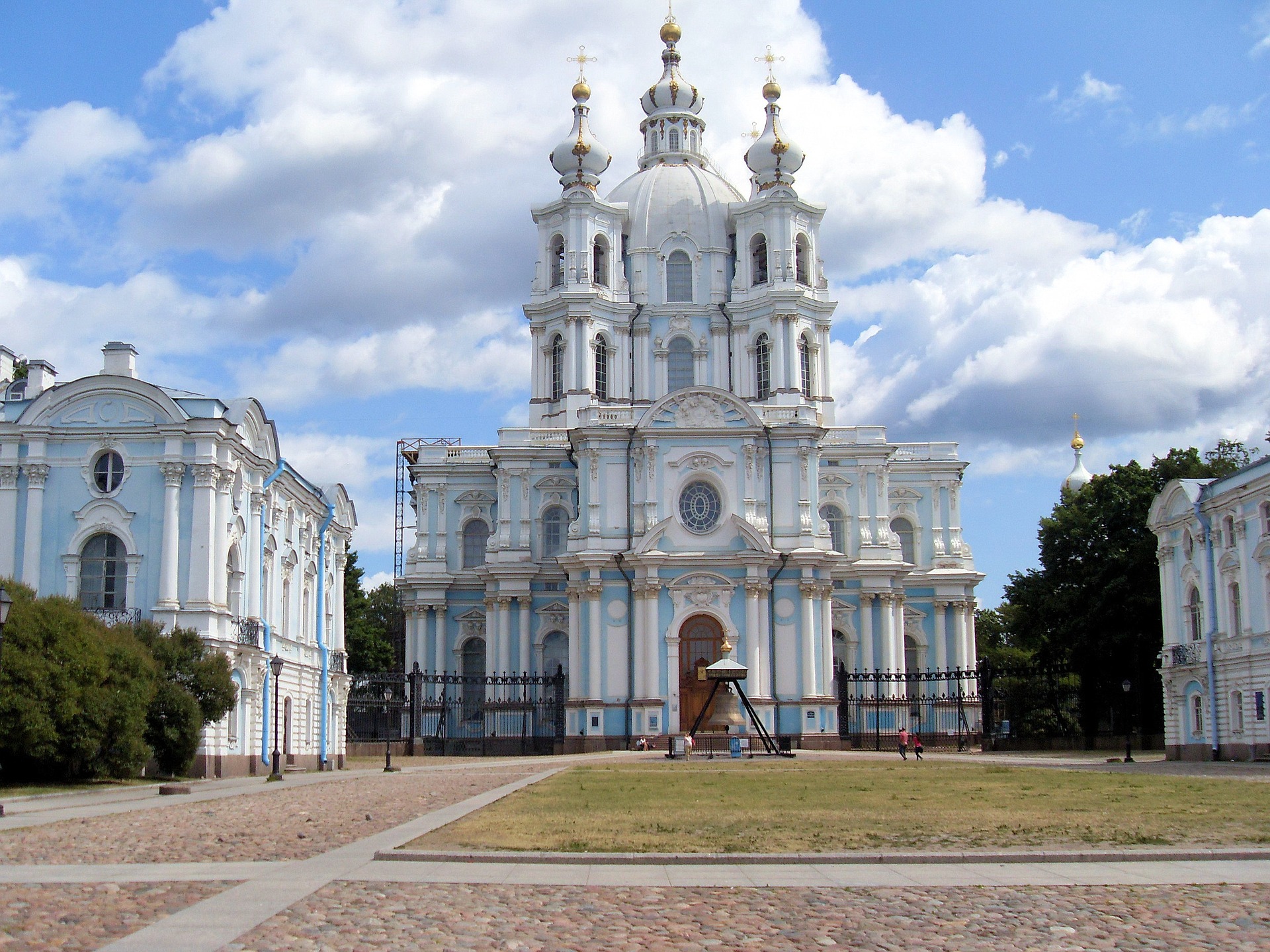 The Church on the Spilled Blood is one of Petersburg’s symbols. Is it not, however, the only religious, architectural beauty of this city. If you want to visit a few more churches, other than the ones in the historic heart of Petersburg, I can spare a few advices for you. These are the most interesting churches to visit in St. Petersburg.

Originally build in Baroque style in 1743, the Cathedral of the Transfiguration of Our Saviour burned in 1825 and was rebuilt according to Classicism. It is one of the few churches which remained open throughout the Revolution, and even hosted an air-raid shelter in the basement during the Siege of Lenindrad. Today it’s free to visit, it has just finished renovation, and is probably waiting for you to visit!

The Smolny Cathedral’s – and its designer’s, the Italian architect Rastrelli – greatest misfortune was Elizabeth of Russia’s death, in 1762. Her successor, Catherine II, disliked the style, and thus it could not be completed. Even without its planned huge bell tower and interiors up to the standard, it is impressively majestic. It also gives a fantastic view on St. Petersburg from its towers.

5 is a magic number – Князь-Владимирский Собор

St. Vladimir’s Cathedral had a troubled beginning. The construction started in 1708 and finished in 1789 after many afterthoughts on designs and consecrations, and a few misadventures – among which the ever-present fire. The last – and current – version, a five-domed structure, is a beauty merging elements from both Baroque and Neo-Classicism.

Surrounded by trees, as if it were on Thailand, this splendid 1915 Buddhist Temple is the northernmost in Russia. It went through hard times as well during the Soviet years – well, not it, but the lamas living in St. Petersburg and serving here. The outside is beautiful, but are the mosaics inside which are really remarkable.

The most recent of the buildings I want to recommend you today is the Saint Petersburg Mosque. Completed in 1921, it was, at the time, the largest of Europe. Designed after Samarkand’s Gur-e Amir, it can host 5 thousand worshippers at a time, just to give you an idea of the dimensions. Just be careful not to watch too intensively the extremely colorful insides of the portals: I find them a bit psychedelic.

Which St. Petersburg church do you like the most? Let us know in the comment section below!