Five Facts About Driving in Russia 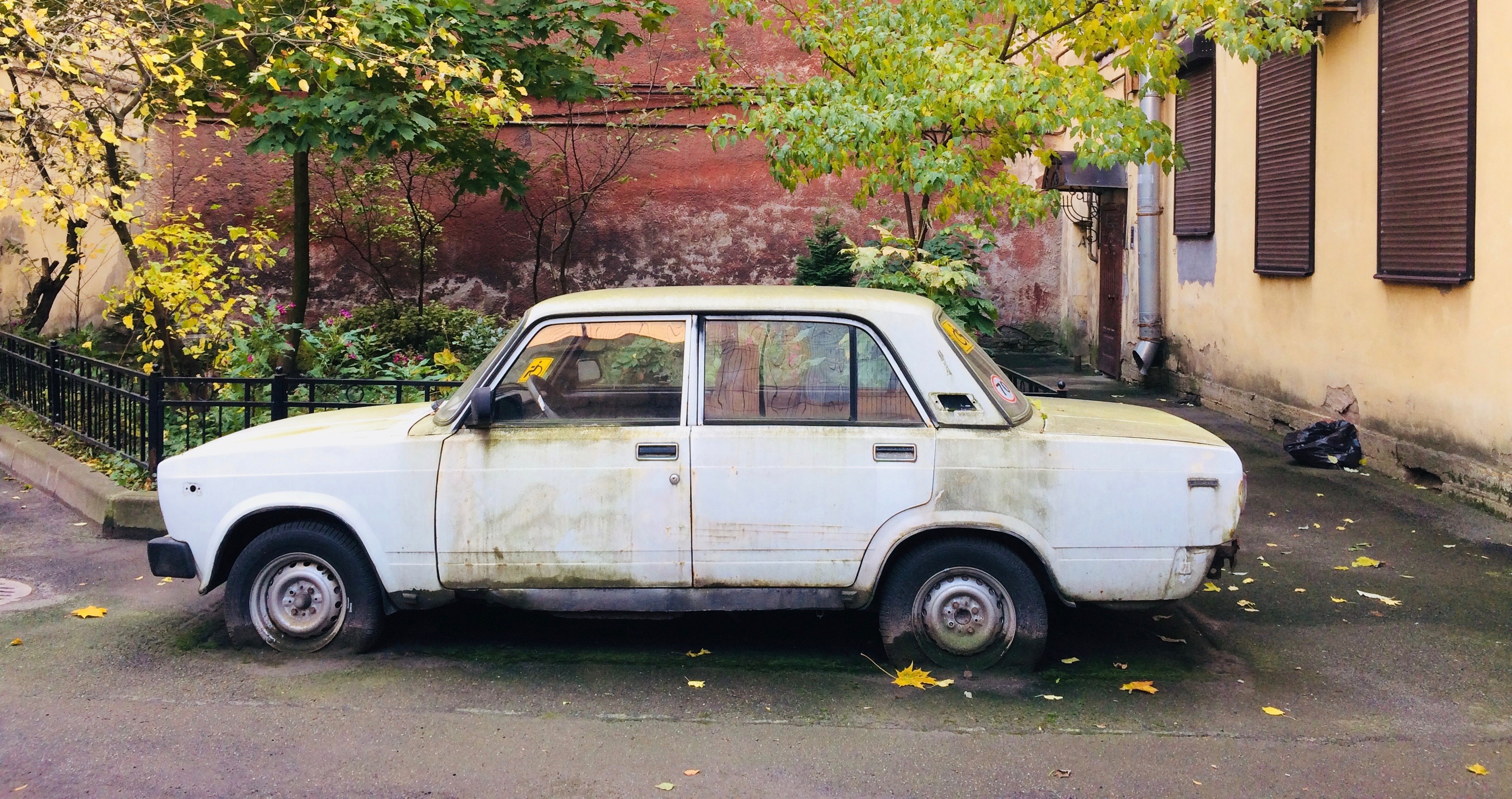 Driving in a deserted courtyard in St. Petersburg. A once white Mercedes seems to slumber away in the autumn days. The wheels are set in concrete, the white car finish has seen better days and the scratchy window panes look like they have not been cleaned for at least a decade. But behind the windscreen there is a note – nearly faded by the sun – declaring “Cкоро вернусь!” (Be back soon!). No doubt this driver will be back within the next couple of minutes!

But strange parking arrangements are not the only curiosity that awaits you on the streets of St. Petersburg. So I’ve picked out 5 peculiar things about driving in Russia:

You will find that lots of Russian cars have little cameras just behind the windscreen. These will be recording during driving. That is because in Russia, camera footage is considered admissible evidence. And if you are involved in an accident it is better to have some proof that it was not your fault.

There is no such thing as walking pace! In the tiny backyards or narrow parking areas of housing complexes, lots of people drive with the same speed as they would on regular two-lane streets. Pretty dangerous, one would think, but people have gotten used to the close proximity of cars and driving like this is not even considered rude.

Unless you have been to Belgium before, you will be surprised that Russian motorways are lit up with street lamps all along. Moreover, you will be even more surprised to see people drive on these motorways without their lights turned on – unauthorized of course, but at 120km/h.

If in your home country the hazard warning lights are meant to indicate danger, nearly the opposite holds true for Russia. Here, they are mostly used as a means of saying “Thank you” to the driver behind you.

The cold in winter also takes its toll on the cars. The genuine -25 degrees at night cause the cars’ batteries to discharge overnight which is why you probably will see people sitting in their cars in the morning – but they are not just chilling there, but merely trying to make their cars work. But no worries, a battery jumper cable or a starter at hand and you are good to go! (Note from the author: Not only car batteries discharge in these temperatures! Make sure to have your phone charger at hand at all times!)

Finally, a little side-note for all the non-drivers. If it is raining in St. Petersburg, chances are that there will be puddles alongside the street – big puddles. Consequently, if you do not intend to get completely soaked and are not so keen on simply relying on the drivers’ generosity, you better stay away as far as possible from any unfortunate sidewalks! Tell us your driving experience on our Facebook page!

Hey there! My name is Anima. I currently study & intern at Liden & Denz in St. Petersburg. Join me on my journey through Russian Language & Culture & the beautiful city of St Petersburg.