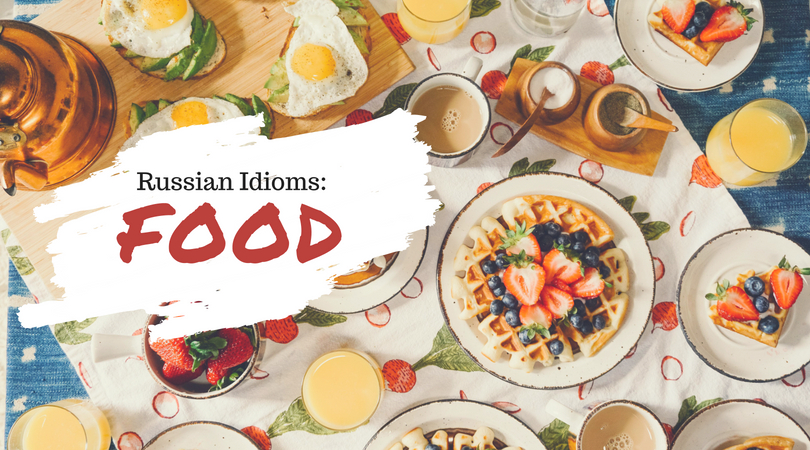 We talked about the importance of food for Russian people in many different occasions. We also said that when it comes to hospitality they definitely know how to play the game.

It won’t surprise you to discover that many Russian sayings reflect this passion for hospitality and food, which play a major role in everyday conversations. The list of food-inspired proverbs and idiomatic expressions is really long, and here you can find 5 representative examples: 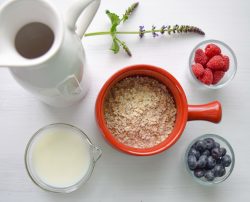 This is what Russians say about a person who knows a lot of things, but often confuses different concepts. “Porridge in one’s head” is a confusing state of mind, when thoughts become a mess. It means that in one’s head incomprehensible things are going on, and sometimes they might act or behave strange, sometimes they might not know how to say things. For example, when a student has porridge in his head, it could mean that he forgot words and grammar rules, and doesn’t know how to make a point. 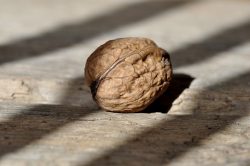 Normally, this expression is used when talking about a private person, with a stubborn personality and a hard temperament, who can’t — and doesn’t want to — be distracted or influenced by others. This expression is also used when talking about a well-fortified city, a settlement or fortress that is difficult to take over. Thirdly, you can also talk about “a hard nut” when you refer to a hardly solvable situation, which is difficult to find an approach to. 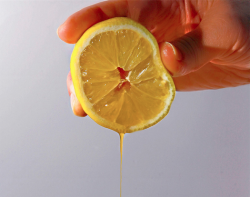 The meaning of the expression “being/feeling like a squeezed lemon” is straightforward: it defines a person who has worked exhaustively for a long time and now feels as if he passed through a juicer and squeezed. Mentally compare a fresh lemon and one that went through the juicer: they look pretty different right ? Often, being a “like a squeezed lemon” doesn’t only mean that you’re tired, it is really like you’re final stage of laziness. For example: is it hard for you to get up in the morning? Do you feel overwhelmed all day and get sleepy at work? Are you easy irritable? You are definitely feeling like a squeezed lemon!

An “огурчик” is a perfect cucumber, which is hard, flawless and not overripe. In other words, it 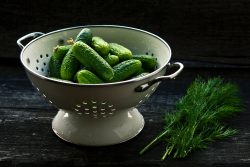 corresponds to the standard shape for cucumbers. When a person is compared to a “cucumber” (it usually happens with men), then every Russian expects to see a handsome, freshly-shaved, well-dressed person with a lot of energy, who can do everything and impress everyone.
An ogurčik is a person who looks fresh, young, cheerful despite all the circumstances.

Would you ever give your first, warm, tasty pancake to a bear? Well, someone did! Many people in the past, including the Slavs, had the tradition of giving the first pancakes to комам (in Old Slavic ком means bear). Also, the old name for Maslenitsa was Komoeditsa, and during this holiday, after winter, the ancient Slavs celebrated the awakening

of the bears, whom they considered the ancestors of human beings. The first pancake, baked by the landlady, was then left in front of the den and offered to the hungry bears.

Then the proverb underwent a change, and in Christian Russia, комАм became комОм. But despite the fact that the sound coincides, this new word means “lump”, and the modern interpretation of the proverb completely changed. “The first pancake comes out a lump” means that the first attempt will often be unsuccessful, but you’ve got to keep trying, and eventually you’ll get the results you were looking for.

Did you know about these funny Russian proverbs? If you know other food-related idiomatic expressions, feel free to let us know in the comments or on our Facebook page. The wisdom of proverbs never ceases to amaze us!

Hello! My name is Anna and I'm a student and intern at Liden & Denz. I like to say that I came from Venice to the Venice of the North, the magical Piter. Join me on this adventure!