Names of St. Petersburg: A City of Thousand Names 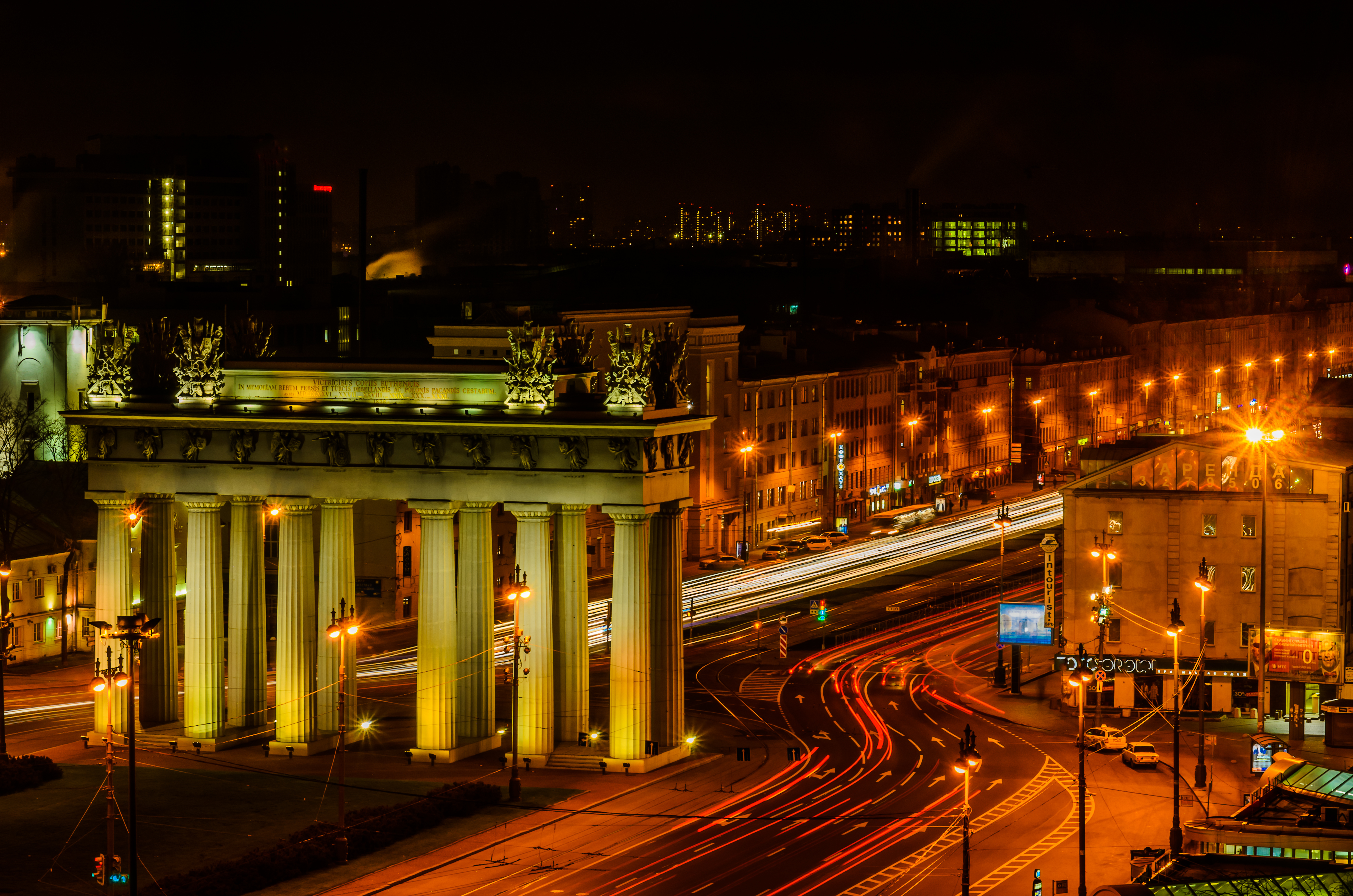 In Norwegian and other Scandinavian languages, there’s a saying that ‘a dear child has many names’. In that regard, St. Petersburg must be a very, very dear child. Okay, maybe St. Petersburg doesn’t literally have 1000 names, but it is referred to in a lot of different ways. Today it has its original name, but it came back not long ago after a few changes during the XXth century. Moreover,  St. Petersburg has several nicknames you may not know about. Read below all the names of St. Petersburg and their background stories!

Let’s start with its original and current name. The city was founded by Peter the Great and was named after Saint Peter. The name is a mixture of the Saint’s name and “burg”, a suffix with Dutch-German influence which means “city”. The first Russian Emperor wanted to build a city like those he saw in Europe – and for that purpose he chose the Neva swamps. From 1712 to 1918 it was Russia’s capital, but then its role changed. Don’t get used to the name, because it changed as well! 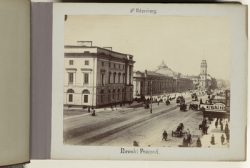 For this particular name of St. Petersburg I need you to rehash your knowledge of the world history. Obviously, during World War I having a German suffix in the name of Russian empire’s capital was less than perfect. The solution? Just change the name! In 1914, under Nicholas II, the city was given the name “Petrograd”, “grad” being an older word for “gorod” (=”city” in Russian). But quite soon everything was going to change again…

After Lenin’s death in 1924 the city was renamed “Leningrad” in his honour. And actually you can still hear people from older generations call the city “Leningrad”. During WW II, while the city still had this name, it also underwent a dramatic 29-months siege, from September 1941 until January 1943. Almost a million died of hunger during those 900 days and families were torn apart. Less food, less hope, less people, but the city and its spirit lived. As they often say, “The show must go on”, so St. Petersburg recovered from the siege and became the flourishing city we can look at today. After this event, it has legitimately gained the title of “Hero City”, or “Город-герой Ленинград” in Russian. The name was changed again in 1991, but this is yet another story which I shall explain next!

In June 1991 citizens were called to vote for the name of their city: did they want to keep living in Leningrad or did they want to restore the old name “St. Petersburg”? Let the debate start! At the same referendum people voted to get some of the streets their original, pre-Soviet names. As for the city name, just a bit over 50 % voted for St.Petersburg, and this is the actual name of the city – and that is the final act!…. for now. 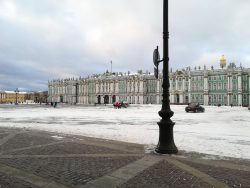 We shall now examine some nicknames which have been given to the city during and that in their own way describe some aspects of the city.

Just take a walk around St. Petersburg and you’ll inevitably cross the Neva River or one of the canals. Funny fact: Peter the Great loved two things more than anything else, engineering and European cities. And parties, but that’s another story. Anyway, he decided to combine those two passions when he built St. Petersburg. He designed it so that the city looked similar to Venice, the famous Italian city. It was also meant for commercial purposes because canals meant easy transportations  – when the rivers and the canals aren’t frozen of course. There are multiple boat cruises along Fontanka river, the Kryukov canal, the Moika river and the Winter canal, as well as Neva river.  So, if you are tired of walking you can just sit on a boat and enjoy St Petersburg from a different perspective. 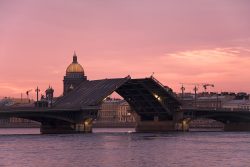 It may not be anymore the capital city, but St Petersburg it’s still the most vibrant city in Russia, culturally speaking. In the beginning of the XXth century St. Petersburg was very famous for its publishing houses and today it is also home to many book stores, including the famous House of Books “Дом книги” and “Буквоед”. Definitely check them out if you are a bookworm and you are looking for some Russian literature. But do go there unprepared – first you have to check our article The Russian Book Pyramid – and where to find it to have the best book recommendations. What’s more, theatres seem to be promoted here more than anywhere else! In fact there are multiple shops called “Театральная касса” where you can find any kind of ticket for any theatre and one of the most famous theatre in the city centre –  the Mikhailovsky Theatre – offers students a little discount on some particular days. Museums as well offer students more discounts than you would think (has anyone just said “free entrance at the Hermitage?”). The Russian Museum, Peter and Paul Fortress, the Fabergé Museum… find the one that you love! And when it is -15 outside, this can look even more appealing. 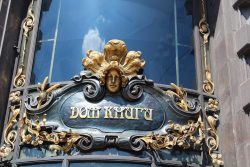 Nikolay Karamzin, a famous Russian writer, once dreamt about the name “Peter”, and nowadays his dream came true, as Питер is one of the most common nicknames of this city. Wouldn’t you agree that it’s much easier to say “Питер” instead of “Санкт-Петербург”? Today this nickname is widely used throughout social networks and instant messages apps, so if you wish to get in touch with some русске друзья make sure to use it! 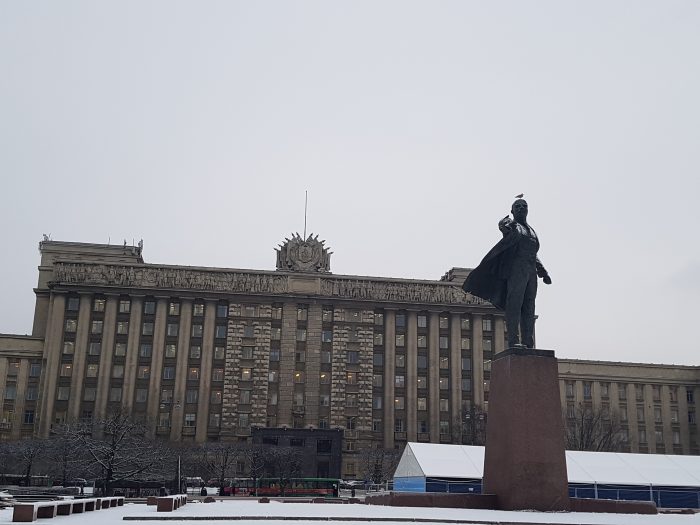 A Lenin statue (and a bird) in front of the House of Soviets on Moskovskaya Ploschad in St. Petersburg. (Photo: Fredrik Tombra)

Three revolutions marked the start of the 20th century in Russia, all of which started in St. Petersburg – or Petrograd as it was called during the second and third one.

The first, better known as the Russian Revolution of 1905, lasted from 1905 to 1907. It led to the establishment of the State Duma, the multi-party system and the Russian Constitution of 1906, which was enacted on the first day of the State Duma. Second came the first of two 1917 revolutions: The February Revolution. Mass protests took place and during the eight days of revolutionary activity, Tsar Nicholas II abdicated. In the end, a provisional government took control over Russia, ending the Romanov dynastic rule. Some months later, on the 7th of November*, the Bolsheviks led by Vladimir Lenin overthrew the provisional government and seized power. Consequently, St. Petersburg goes under the name ‘Колыбель трех революций’

*1917 Revolutions are named after the old style dates, which is why it’s called the October Revolution’, although it took place in November.

St. Petersburg is definitely not worthy of this nickname during winter. In the summer months, however, the city is well known for its so-called white nights. One of the perks of living this far north are the endless summer days, where the sun shines all day and the light keep you company through the night. If you walk along Neva, you’ll find hundreds of tourists taking pictures next to some of the elevated bridges during nighttime.

Russia’s cultural capital is not only the ‘Northern Venice’, but also the ‘Northern Palmyra’. Similarities between St. Petersburg and Venice are 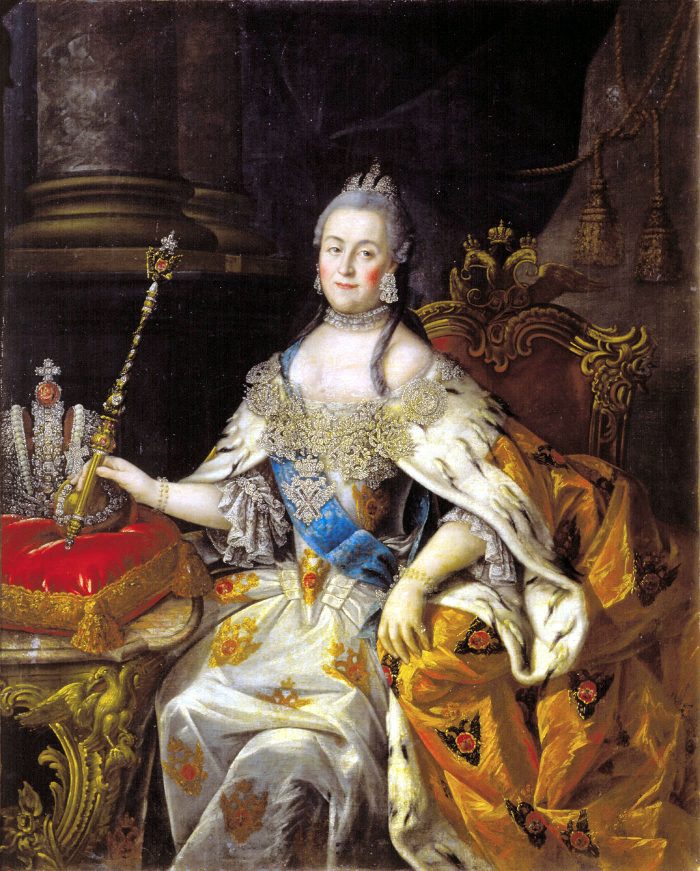 easy to spot: water, water and water. Palmyra does however not share the same geographical features, but both cities are oases in a sense – Syria in the desert and St. Petersburg as the capital of Russia (until 1918) in the marshes. Additionally, they served as trade centers along important trade routes. There are also similarities to be found between Catherine the Great’s reign in Russia in the 18th century and Queen Zenobia of the Palmyrene Empire, who were said to be powerful and determined women. Supposedly, these are the reasons why St. Petersburg to this day is called the Northern Palmyra.

Sources: Wikipedia.org, Russia Beyond the Headlines

And that guys, is how this city changed its name multiple times to then restore its original name, to tell this with Ted’s words.