Home » Blog » All about Pel’meni 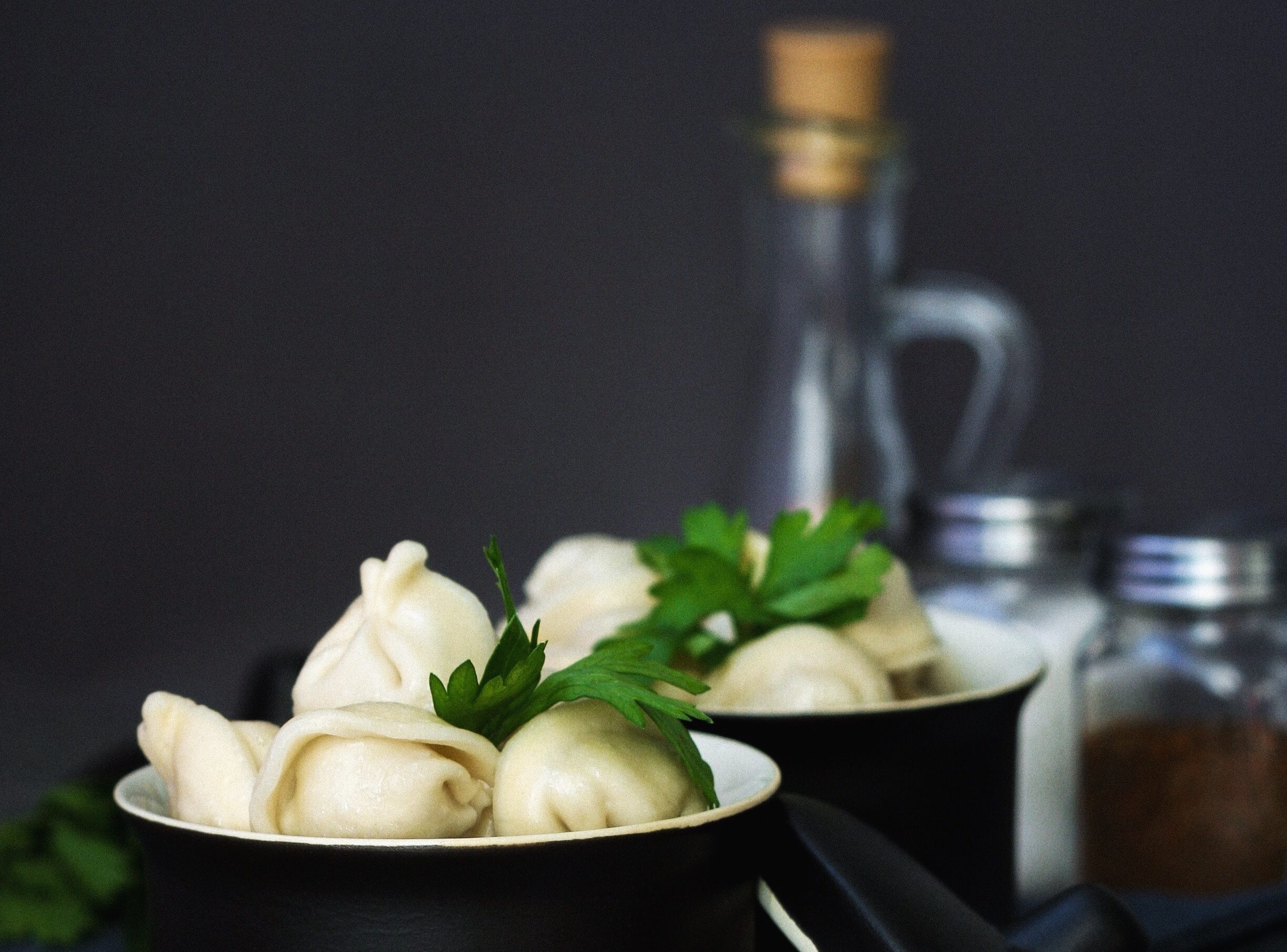 If you have been to Russia before you have probably heard of Pel’meni. This delicious dish was most likely brought to Russia from China by the early Mongols. Although there are a few different theories about how Pel’meni originally appeared, it is quick likely that they came from China as the common spices for pel’meni are more similar to Chinese cuisine than to Russian cuisine. The name comes from a language spoken by the Komi, a people living in Siberia, and means “dough ears”. The word ear is a reference to the shape of the Pel’meni. There are several similar dishes. Вареники (Vareniki) comes from the verb Варить (to boil) and is similar to Pel’meni in that they both are dough with filling. However, Pel’meni are always filled with meat, while Vareniki can be filled with other filling such as cabbage, berries and mashed potatoes. There are also other dishes found in other countries that are similar. Most familiar to Europeans will be Italian Ravioli, but there is also Dim Sum in China and Manti in central Asian and Turkey that are very similar. Of course, every country has its own tradition and recipes about how to make them with and what to eat them with but the basic idea remains the same.

Where to eat them

If you want to try Pel’meni, you have three options. First of all, you can do everything yourself. You can ask a Russian friend to teach you or simply follow the recipe below and give it your best shot. Or you can buy them frozen in the supermarket and boil them. This is of course far easier, but you can never hope to have the same taste. However, it is a cheap, easy option if you come from a long day and don’t know what to cook. The third option is to go to a restaurant and have them prepared for you. If you want to know what real Pel’meni taste like this is probably the best option – though of course having a Russian friend preparing Pel’meni made at home is the absolute best.

If you want to eat them in Petersburg or Moscow, there are several good options.

Лепим и варим  (Lepim i Varim – meaning we fold and boil) – This one is a chain so you can find them both in St. Petersburg and Moscow. In St. Petersburg, the closest one to the school is on Маяковского 4. You can watch them make them so you know they are completely fresh. They offer several different types and traditional toppings such as сметана (sour cream). Here are a few pictures from the place. They have made 386401 pel’meni so far! 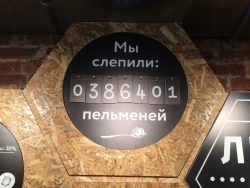 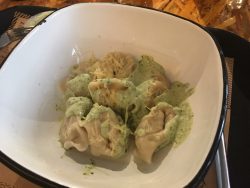 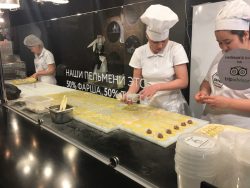 Пельмения (Pel’meniya) – This one is also a chain so you can find them several places in St. Petersburg and Moscow. In  Petersburg, the closest one to the school is on Nevskiyebut there is a less crowded one only a twenty minute walk away. They offer not only Pel’meni and Vareniki, but several other similar dishes such as Ravioli from Italy, Dim sum from China and Manti from Turkey and have a very wide range of fillings. Below are pictures. The first is Vareniki with sour cherries and the second one is Pel’meni. 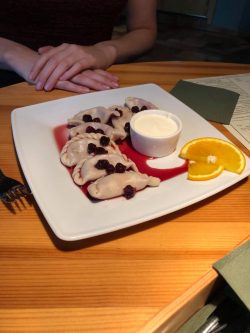 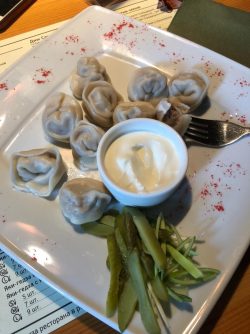 Момо (Momo) on kamennoostrovsky avenue 40 — This place has a modern, classy feel and also offers a variety of Pel’meni, Vareniki, manti, and Dimsoms.

Buuza Room on Pereulok Grivtsova 20 – This one is this best place to eat Buuz – the Buryat kind of  Pel’meni. The Buryat are a Mongolian people group that live in Russia, Mongolia an China. Because they are traditionally a nomadic tribe, Buuz are circular to represent yurts rand are often served with hot, milky tea.

If you want to actually see how to make the Pelmeni, you can find videos view the process. Folding the dough into the right shape is the only difficult part, the rest is fairly straightforward. You can make them and cook them directly or make a large batch and freeze them so that they are ready whenever you need them. Here is a recipe in Russian and here is a similar one in English. Reading the recipe in Russian is a great way to practice your Russian and, to make it a little easier for you, I made a mini-dictionary with some of the keywords that come up in the recipe to help you better understand. The recipe has quite a few uncommon phrases, but there are a lot of pictures so you should be able to follow along.