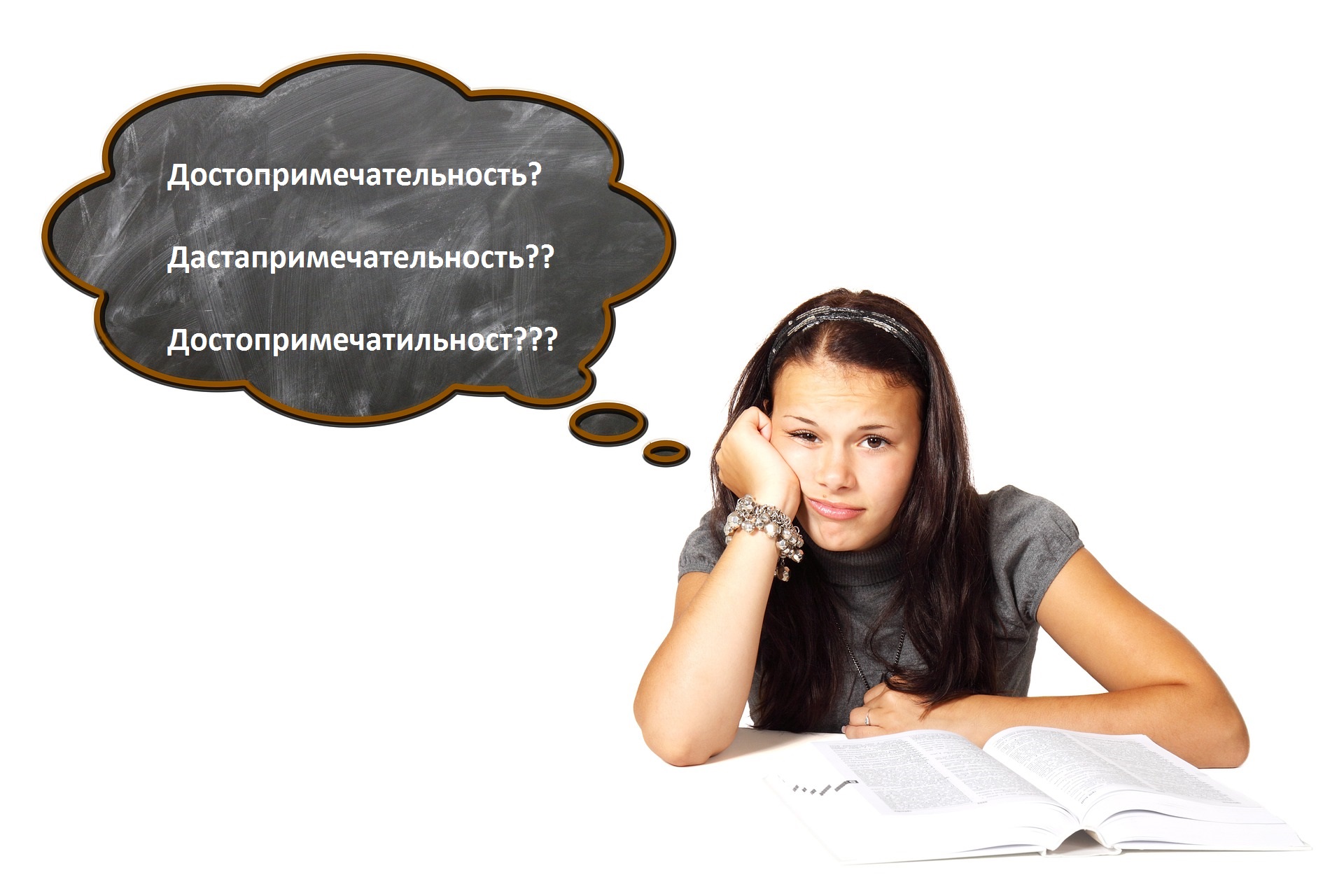 Each of us has at least a word that just did not want to get into his/her head. Don’t lie. It could be a word for which you every time have to copy and paste the spelling, or just copy manually from a trustful source. Or it could be something you risk your life when pronouncing (you know the feeling, if you’ve read this article). Anyways, we have collected the most difficult Russian words for us, and want to share them with you!

We choose not to pick Russian’s longest words simply because they are going to be of no use, but this beauty right here, you meet her quite often, especially if you are visiting Russia. The problem is mostly because of the quantity of Os and Es, which, as you know, when unstressed sound [a]s and [i]s.

My pet peeve. Also known as всдравствуйте or здраствуйте, but only by friends. The abundance of consonants makes this word here one of the most renowned (feared?) Russian words.

The detached В at the beginning, the final combo ье, a bit unusual… The debate ought to be why this word should not be included in such a top list, not the opposite. The arguments against, like the unstressed Es, abound.

This is a common expression in Russian and is pretty arduous since it is hard to understand how to write it when your first hear it. Difficulties start with the “с” detached from the following word, which is quite inconvenient since it is pronounced altogether like the rest of Russian prepositions. But there’s more! You should also try to get the soft sign right after the “л” and remember that the accent is on the second “о” and then the final instrumental declension “ием”. Maybe after a while, when you get used to Russian pronunciation and cases, it is just easier. But until that, it is something you have to learn by heart…. or write on your arm before the test, if it fits in.

This is another popular Russian expression and it is again something that they usually teach to beginners because it is very useful when you are speaking. But when it comes to writing it, if you don’t know a lot about the dative case or the prepositions, things could be quite hard for you. Should I write also an “и” in the end or is the “ю” sound enough? Is that thing I have heard after the “ж” an “е” or an “а”? Too many questions and just a few answers during the диктант moment!

Pronunciation in Russian can be a nightmare, first of all because there are some exceptions which you just have to learn by heart. Secondarily, some features of Russian language make it harder to know how to pronounce a word. What about the fact that, a few days after you have started your Russian course, they take away all the accents from the texts you are going to read? This is actually normal, because Russian does not have graphic accents, but it is still pretty inconvenient to master long rows of consonants while you strive to remember where the accent is in that specific word. We have put together a list of words we struggled to pronounce at first, tell us if that was the case for you as well!

Well, this should be listed also under the most difficult words to write because it is troublesome also for native speakers. It is basically a bunch of “т”, “в” and “с” which should be pronounced one after another, and there is also the un tricky double “о” at the beginning. Where is the accent? Are the consonant voiced or voiceless? Am I wrong or the“т” are way too many in there?

I think it is pretty clear why this word belongs here, and it is not just because it contains the “щ”, which after years of Russian courses is still pretty difficult to tell apart from the letter “ш”. It is namely because there are 3 of them and I still have troubles figuring out how one should articulate it and then utter something else as well! Like, is it possible to move again your tongue? Don’t you feel the need to take a break afterwards? The life of the Russian learner is never easy.

This word is used in Casual Russian to say that someone is a morning person… would you dare to say it or would you keep quiet? In itself the word is pretty straight-forward, but the problem comes when you don’t know where to put the stress. Three o’s? Come on… Luckily we’ve written about some of the tools you can use to find out how to pronounce it in the post Learn Russian with these 4 helpful websites.

Elvis Presley famously sang ‘you’ve came to the right place if you’re looking for trouble’. I think it goes without saying you’ve found trouble. 24 letters, a soft sign in the middle and a few nasty letter combinations at the end may even make the fluent Russian-speaker stumble. It transliterates to PEREOSVIDELTEL’STVUYUSHCHIMISYA and should be avoided by all means.

A hard word to avoid, especially if you’re working or studying something that is related to numbers. The letters are not that difficult and there are no o’s to mess up your flow. However, this part of the word – ‘нестатистиче’ – will make you stutter a few times before you get it right.

This article is the summary of the struggle of 3 of our students, Chiara Frederik and Alessandro! If you feel like you need help to cope with those difficult Russian words, maybe our article 3 Apps to Learn Russian could help you in your fight! What do you think? Do you have a different “nightmare” word that you want to share with us? Feel free to comment and tell us what you are currently struggling to master in Russian or about an obstacle you overcame!

Read also: The Top 5 Russian Idioms You Should Know