Home » Blog » Everything you need to know about  ‚Education in Russia‘

Everything you need to know about  ‚Education in Russia‘ 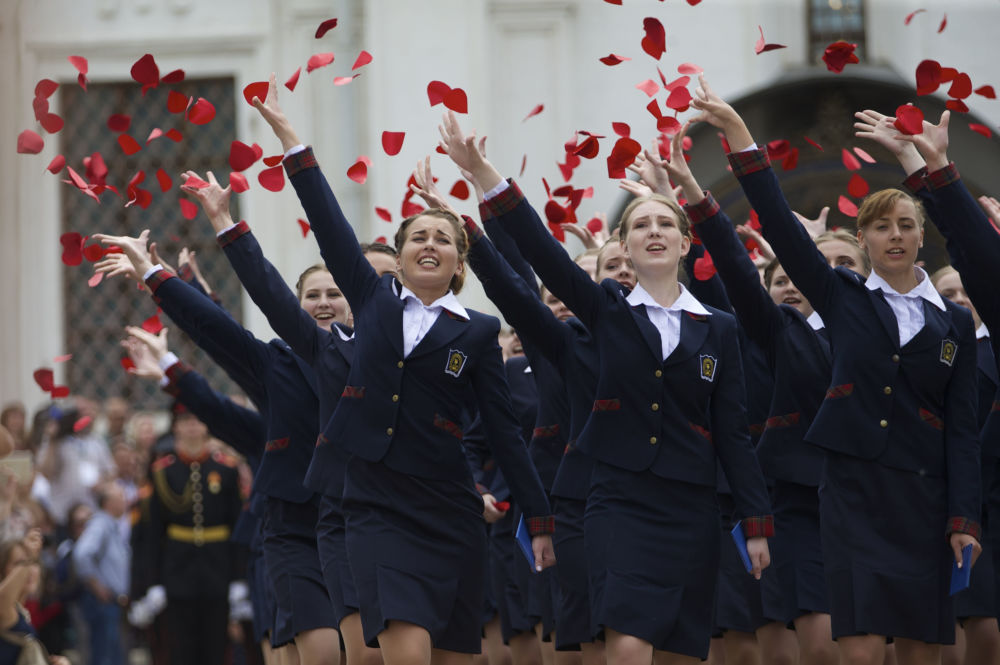 Have you ever been wondering what education in Russia looks like? Well, let’s start at the very beginning: education in Russia is made up of three stages: kindergarten, secondary education and university. It is interesting to know that kindergarten in Russia is NOT compulsory! However, there are so many questions that occurred to me: How many years of education are obligatory for Russians? How many days a week do they have classes? Is their higher education also divided into a Bachelor’s and a Master’s Degree? What does their grading system look like? Here is everything you need to know about Education in Russia. 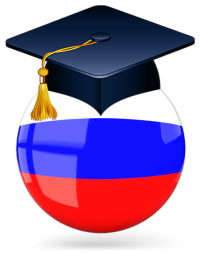 As I mentioned before, Kindergarten is not compulsory in Russia. However, if parents do decide to put their children in kindergarten, they usually start at the age of 3 until the age of 7. There are also part-time programs for children from 18 months to 3 years old, which are sometime used by parents who are working a lot and often do not have the time or enough resources to sit at home. In general, kindergartens, unlike schools, are regulated by regional and local authorities. Currently, local authorities can legally charge the parents not more than 20% of costs. Refugees, Chernobyl veterans, twins, children of university students and other protected social groups — they are entitled to free service.

Secondary education is compulsory for all children in Russia and it usually starts at the age of 6-7.  School is held from September 1 until the final week of May, with exams in June. The school day normally starts at 8 a.m. and finishes at 1 or 2 in the afternoon. Students generally attend class 5 days a week, although some schools require extra study on Saturdays. A typical class lasts 40 – 45 minutes with a 5 -15 minute break in between. In general, they have two types of educational institutions with different teaching approaches. On the one hand, they have general schools, which offer a state program that covers all important subjects. On the other hand, they have specialized schools — these may be called lyceums, gymnasiums or schools with in-depth study of specific subjects. They provide additional hours and disciplines for students to get a deep understanding in specific areas. In total, it takes 11 years to complete a secondary education in Russia — the first 9 years are compulsory for everyone (General basic education); the last two years are optional. However, there are different stages to it. Let us take a closer look:

The first stage of a child’s education starts at an elementary school (I am not taking kindergarten into consideration now). The structure of their elementary school system is pretty much the same as in Europe. Elementary school in Russia lasts 4 years (grades 1-4). They usually have 4 classes a day and the same teacher throughout the four years.

After elementary school students start their ‚middle school education’ — grades 5 to 9. The curriculum expands the list of subjects, and they have different teachers — each of them specializes in one discipline. After successfully completing grade 9, students have finished all compulsory school years and they have to take the OGE state exam in Russian language, Mathematics and two more subjects. After they successfully pass the exams, they receive a certificate of Basic General Education. This certificate does not allow them to yet to study at a university. Therefore, they have the opportunity to continue secondary education for two more years in order to be able to enroll at university.

If they decide otherwise, however, they have the opportunity to study at a college (it is not the same as in America and has a lower status than universities) or at a vocational school.

Vocational training colleges offer career-specific education in a particular trade or semi-professional career. The knowledge students gain is procedural as opposed to academic, and prepares them for jobs as diverse as motor mechanics, computer technicians and nurses.

High school in Russia includes grades 10 and 11 and is regarded as a preparation phase for university. After finishing High School, students are awarded a Certificate confirming a complete secondary education.

During the former Soviet Union, a student successfully completing University would get a Diploma of Specialist (диплом специалиста – diplóm specialísta) — it is a five-year higher-education diploma. The candidate of science was the first level academic degree, while the Doctor of Science was the highest academic title one could get. In the beginning of the 1990s, the bakalavr (bachelor) and the magistr (master) were introduced in Russia.

Today the system is similar to the educational system in Europe or the US — it consists of two parts: the Bachelor’s degree and the Master’s degree. After finishing the Master’s degree, students can continue to study towards a doctoral degree: Kandidat Nauk degree (the first level, equivalent to Ph.D.) and Doktor Nauk degree (the second and highest level, which is equivalent to Professor).

The Bakalavr’s degree (Bachelor’s) lasts for at least 4 years of full-time study. What was new and surprising for me was that after finishing the Bachelor’s degree, students can either continue a Master’s degree in the framework of their speciality, or choose a completely different Master’s degree, which is absolutely not related to their actual degree. A lot of people who plan on opening up their business do a master’s degree in Management on top of their degree (which is often a degree in another field). The Bakalavr’s degree is awarded after defending a Diploma project, which was elaborated under the guidance of a supervisor, and passing the final exams. For medical students the Bachelor’s degree lasts for six years. The Magistr’s (Master’s) degree is awarded after successfully completing two years’ full-time study. In order to successfully complete the degree, students must carry out a year of research, prepare and defend a thesis which includes an original contribution and sit final examinations. 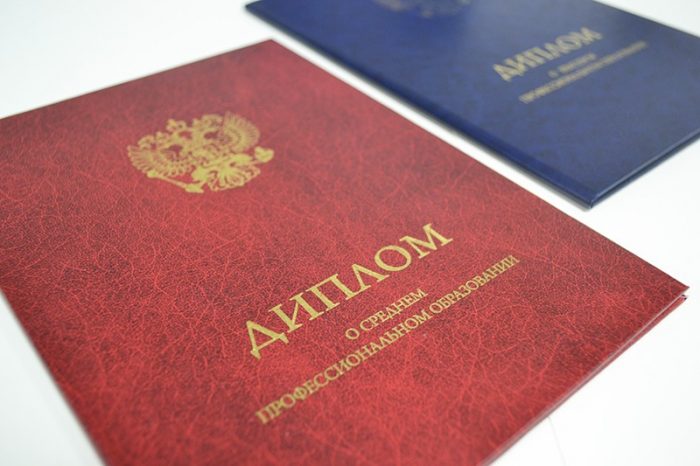 Universities in Russia have strict entry requirements. In general, the number of students accepted to University is always limited. Therefore they have the state exam EGE — The EGE (Единый Государственный Экзамен – Unified State Exam) consists of three parts and tests students’ knowledge in Russian language, Mathematics and at least additional subject. The highest mark which a student can get is 300 points (100 for each test). Depending on the exam results, students choose the university they will study at.

In Russia, like in many European countries, they use numbers for grading students. Contrary to the grading system in Austria, where number 1 is an excellent grade, it is the lowest grade in Russia and is, actually, never used by teachers. In Russia, grade 2 means that the student has failed the exam. This is what the grading system looks like:

Students who fail in two or more disciplines have to repeat the year or are put in a class of compensatory education. If the student failed only one class, he is still allowed to go on to the next grade, but he has to compensate the work he has previously failed to do.

Knowing about educational systems in other countries can be very interesting and eye-opening. By eye-opening I have in mind that if you know what education in other countries looks like, you can better compare it to your educational system at home — have a better understanding and maybe be even thankful for what you got. Especially foreign students, who are planning on studying in Russia, should have some kind of knowledge about this topic in order to be prepared and know what is waiting for them!