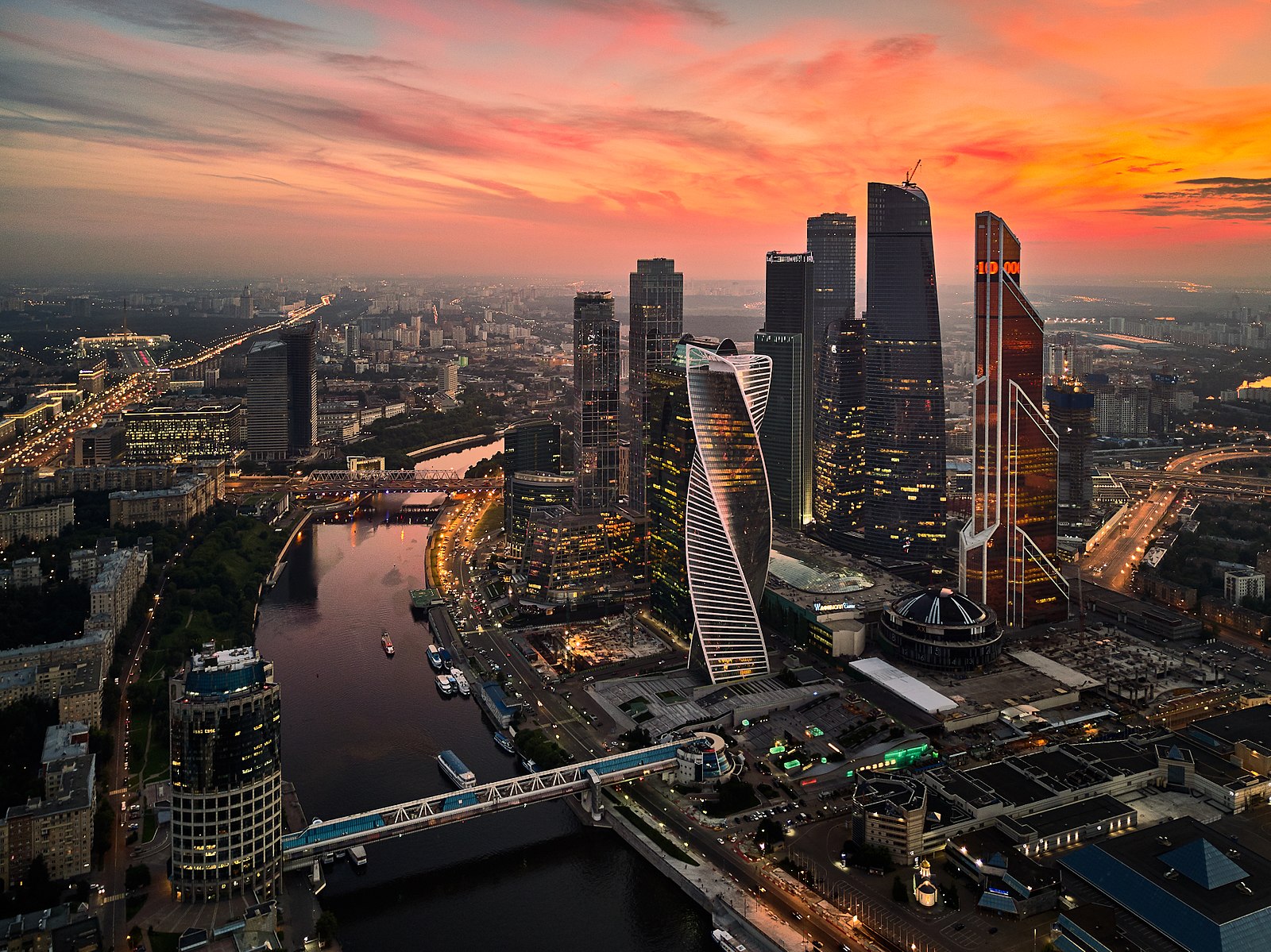 Whilst you may be familiar with the Imperial era edifices that Russia has to offer, such as the Winter Palace or the Catherine the Great Palace, the recent record-breaking construction projects which the Russian government has undertaken are less well known. Here are 5 of the most impressive structures built in recent years you probably have never heard of! 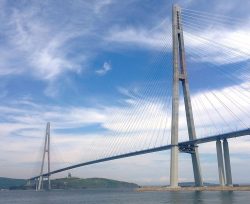 Ever since it was officially opened in 2012, the Russky Bridge has been the longest cable-stayed bridge in the world with a central span of 1104 metres. Just the middle segment of this three-segment bridge is roughly the length of the Golden Gate Bridge in San Francisco. This bridge is located in Primorsky Krai, a southeastern region of Russia, and connects the Muravyov-Amursky Peninsula with Russky Island. The Russky Bridge was commissioned to be built as part of the renovations ahead of the 2012 Asia-Pacific Economic Cooperation (APEC) conference that was held on Russky island, where leaders from the 21 different member economies arrived for their annual summit. As well as being an amazing feat of engineering, the bridge has also majorly improved the transport links to Russky Island, as until its completion the only way to get to the island was via ferry. As such this structure has provided a big boost to the region’s economy! 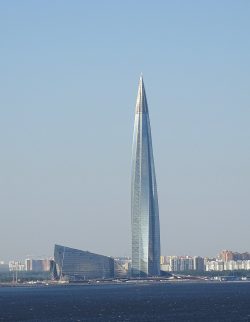 Located in St Petersburg, this 87-story skyscraper is now the tallest building in Russia and Europe, standing at 462 metres tall. It is also the 13th tallest building in the world. Construction on the tower started in October 2012, and it is expected to be completed later this year. Once finished the centre will become the new headquarters of Russian energy giant Gazprom, indeed it was formerly known as Gazprom Tower. However this will be far from the centre’s only use, and has been designed as a mixed-use development meaning that once completed it will house, amongst other things, offices, a children’s science centre, a sports centre, as well as several restaurants and a large retail area. However the Lakhta Centre has been at the centre of controversy as it was originally planned to be built in the city centre, but protests arguing it would destroy the city’s historic low-rise skyline forced it to be moved to the outskirts of the city.

The MIBC is a collection of skyscrapers in central Moscow, and is currently home to 6 of the 8 tallest buildings in Europe. The project was first conceived by the Russian government in 1992, in a bid to create a financial district that would rival London’s Canary Wharf, Paris’ La Defence and New York’s Manhattan, as well as establishing Moscow as a global financial centre. The first building, Tower 2000, was completed in 2001 and since then development has been carried out at rapid pace, with the site currently home to 15 different buildings but with a total of 23 planned facilities. This multi-purpose centre combines apartments, office space, entertainment and retail all in one location and is expected to hold up to 300,000 inhabitants, employees and visitors. Home to some of the world’s best known companies, including KPMG, IBM, ZARA, General Motors and Hyundai, the MIBC has quickly become a shinning example of Russia’s ambitious construction and development programme! 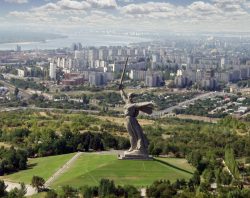 At the time it was built in 1967, this statue was the tallest in the world. Now the 8th tallest, it remains the tallest in Europe as well as being the world’s tallest statue of a woman and the tallest free-standing non-religious statue in the world. This colossal statue was built to commemorate the Battle of Stalingrad (1942-1943), the largest confrontation of the Second World War in which the Soviet Union fought to defend the city of Stalingrad (now Volgograd) from Germany. The structure features a woman representing Russia, calling her sons and daughters to arms to help her repel the attacking enemy. The two hundred steps which climb from the bottom of the hill to the statue symbolise the 200 days of the battle. Unfortunately due to its hasty construction it was reported that the statue is starting to lean considerable as a result of rising water levels on the site. Renovation works are therefore currently taking place to correct this. 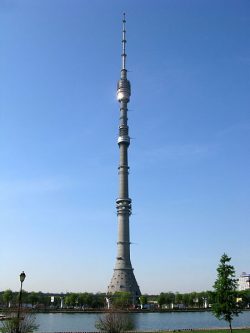 The Ostankino Tower is a radio and television tower located in Moscow, and was the first ever free-standing structure to exceed 500 metres. Today it remains the tallest free-standing structure in Europe and is the 11th tallest in the world. It was designed by the same engineer who designed The Motherland Calls, Nikolai Nikitin, and construction was completed in 1967, commemorating the 50th anniversary of the October revolution.  The tower gets its name from the region in Moscow where it is located, and features a stunning observation deck from which you get an almost unrivalled view of Moscow, and of course the 3-floor revolving panoramic restaurant! It is much more than just a tourist attraction however. The tower transmits the signals of 11 Tv stations and 12 radio stations, so plays an essential broadcasting role.

Let us know in the comments below if you have visited any of these places and what your experiences were!