Rostov-On-Don And Glasgow – An Unlikely Connection 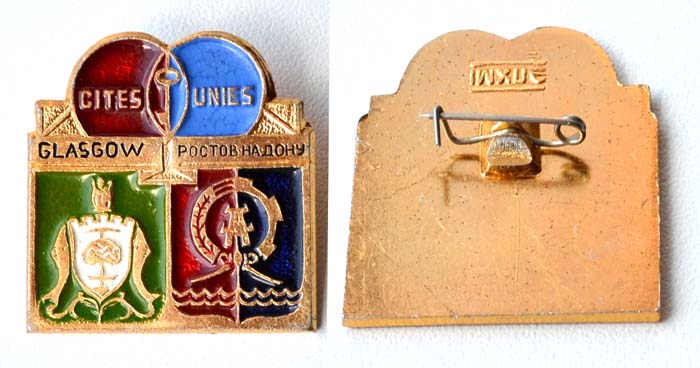 Oftentimes, some see the twinning of cities as a strange phenomena whereby local delegations spend tax payers money by going on unnecessary and expensive trips abroad. Others see the partnership as an important forging between two cities in an attempt to garner socioeconomic ties. In either case the twinning of Rostov-On-Don and my home city of Glasgow is certainly an unlikely connection.

Formed in 1986, the cities share similarities in terms of population – around the one million mark. Each are seen as industrial and formed on a river with significant ports that have historically played a significant role in the trading and general prosperity of the prospective cities. These are Port of Rostov-on-Don, a major sea and river port within Russia, known as the “port of five seas” (as reachable from the Black Sea, the Sea of Azov, the Caspian Sea, the White Sea, and the Baltic Sea). This port city is the largest in the Southern Federation District of Russia and has commonly been viewed as a commercial and cultural cornerstone of Russia. And in Glasgow there’s the Clyde Shipyard formed on the River Clyde, which was a key river for shipbuilding and trade during the British Empire, and still to this day seen as an important hub for the UK shipbuilding industry.

To date, both cities have continued partnerships. These include that of a gymnastics project between Rostov Olympic Reserve School and Glasgow School of Sport. The initial idea behind such a collaboration was to provide Glasgow and Scotland’s most talented coaches and gymnasts with coaching at the world class Rostov-On-Don school. Partnerships within the sphere of education have also been created, such as one between The Russian Cultural Centre and Stephen Foster (The World Through Wooden Eyes). Together they’ve been working with school 65 in Rostov-On-Don to develop communications between schools in both cities, through the use puppets. Another educational tie has been formed between Rostov State University and Glasgow City Council. Both staff and students from the University can spend 4 weeks at the councils’ headquarters, where they can learn about the planning and implementation of urban development. Musical ties exist between the Royal Conservatoire of Scotland and the Rostov Conservatoire. An ERASMUS funding award of 120,000 Euros was granted to the Royal Conservatoire of Scotland, with the idea of developing projects and partnerships between both organisations. As a result there are yearly student and staff exchanges, where each can learn from excellent tutors and attend master classes.

2016 marked the 30th anniversary of the twinning of both cities. Deputy Head of City Administration, E.Kozhuhova, headed a Rostov-On-Don delegation to Glasgow City Chambers. In attendance was the consul General of Russia in Edinburgh – Andrey A.Pritsepov, who addressed the audience. Deputy Lord Provost of Glasgow, Gerald Leonard, and representatives of the local Council also attended. As did members of the Russian Cultural Centre in Scotland. The general consensus of the evening was that of an underlying importance in the continued partnership between both cities.

So there you have it. Two cities in what seems like (almost) worlds apart, in an unlikely alliance. No matter what your opinion on the ‘twinning’ of cities, it can’t be denied that such a partnership has served to benefit those who really matter – both young and old in the local community. That is something that ultimately has to be commended.