Home » Blog » Summer Loving: The Story of the Russian Dacha

Summer Loving: The Story of the Russian Dacha

The Russian dacha is something that is central to Russian culture. If an American’s home is his castle, then a Russian’s dacha is his slice of heaven. If you are ever invited to go, think of it as a huge privilege and a fantastic opportunity to see your host’s true colours. When I studied in Yaroslavl, I went to my host’s dacha twice, and each time I really enjoyed my time there.

But what exactly is a Dacha?

A dacha is essentially a summer cottage where Russians can escape the big cities. Today, they are usually located in colonies (something resembling a village really) of dachas near city suburbs.  They come in all shapes and sizes, from small shacks, to fairly large cottage-like buildings. Often, they come with a bit of land that Russians use as gardens and vegetable plots. Some plots are big enough for a Russian banya!

What’s the history of the Russian Dacha? 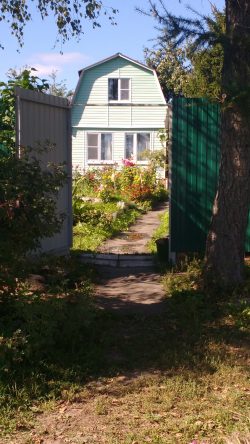 Dachas first started to appear in Russia around the 17th century. Plots of land were gifted by the Tsar to favourites. In fact, the word Dacha (Дача) is an archaic word for something that is given, coming from the word дать – to give. With rapid industrialisation during the late 19th – early 20th centuries, the urban population in Russian cities surged. Dachas thus became increasingly popular among the middle and upper classes to escape the over-crowded, dirty cities.

Following the Revolution, all private property was nationalised, including dachas. They became holiday homes for factory workers, or dachas of better quality were distributed among political elites. In the 1930’s dacha colonies began to appear, designated for different ‘social groups’, such as artists, or workers, or soldiers and so on.

During the 1960’s, it became much easier to acquire your own dacha regardless of your role within Soviet society, however final say was still of course decided on merit. Building them was of course itself very restrictive. They had to be a certain size and be built of approved materials. After Perestroika and the collapse of the Soviet Union, land was once again privatised, and families were then able to ‘buy’ their dachas from the government.

The Dacha in Today’s Russia

Today, there seems to be three main ‘groups’ of dachas. The first, being the most common, is the dacha which is located on a colony of other dachas. This was the type of dacha I went to when I stayed with my host in Yaroslavl. The second are dachas often located in remote rural locations where there is more privacy. These dachas are considered to be more traditional and closer to the dachas that pre-revolutionary Russians enjoyed. The third is the ‘modern’ dacha, built from stone and often very luxurious. These dachas at times are year-round dwellings, rather than seasonal, and are commonly associated with the ‘New Russians’ who can afford to build and own them. 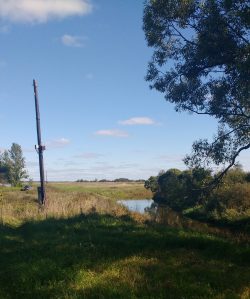 The Russian Steppe stretches as far as the eye can see. Such was the view from my host’s dacha near Yaroslavl

Like I said, I went to my host’s dacha twice. We would travel from Yaroslavl on bus for forty minutes, and then walk for a further twenty minutes to get there. It was so far removed from the big, bustling city. Despite being located in a colony, it was so peaceful at their Dacha. Located on a river bank, with the Russian steppe stretched as far as you could see, it really did have an idyllic feel. With no TV, nor radio or internet, we only had ourselves. We picked vegetables from the garden to make borsch (how original, I know), chopped wood for the stove in the kitchen (that would also heat up the whole dacha) and later relaxed in the banya in the evening. It truly was just a chance to get away from everything and enjoy life’s simplicity. As Tolstoy mused in War and Peace “There is no greatness where there is no simplicity, goodness and truth”.

If you ever get invited to go to a Dacha, I would definitely not through away this fantastic opportunity.

A passionate Russian and history student, I'm here in bonny St P. to build on my knowledge of Russian and learn more about the shared history between Scotland and Russia.