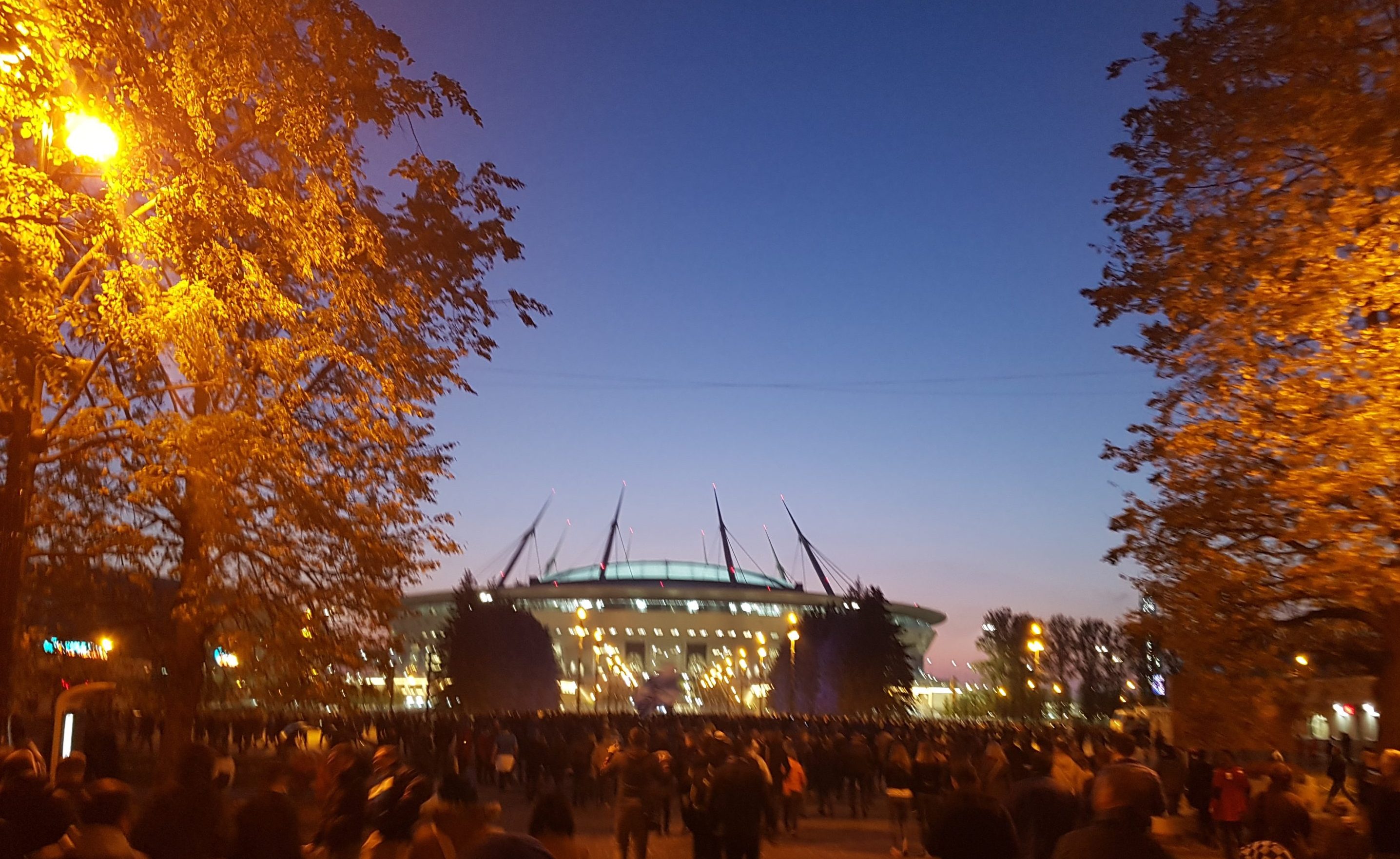 Wonder which station is the closest one to the Hermitage? Where you need to get off before Nigeria – Argentina kicks off in the 2018 World Cup? Want to visit the second deepest metro station in the world? Look no further!

The St. Petersburg Metro Purple Line opened in 2008 as the newest metro line in the city, but some of the stations were active prior to it as a part of the orange line. Some of the city’s deepest stations are located on the purple line, partly due to the city’s geology and partly due to their double function as bomb shelters. Here are our tips on where to disembark on the twelve stations between Mezdunaradnaya and Komendantsky Prospekt.

It takes a bit of time from when you enter this St. Petersburg Metro Purple Line station until you can board the metro on Admiralteyskaya. Why? Because it is the second deepest metro station in the world (86 meters), only beaten by Arsenalnaya in Kiev (105,5 meters), Ukraine. While this makes it worth a visit alone, it should also be mentioned that it’s the station closest to the Hermitage and St. Isaac’s Cathedral. Thus, it is a fairly busy station – especially during summer. 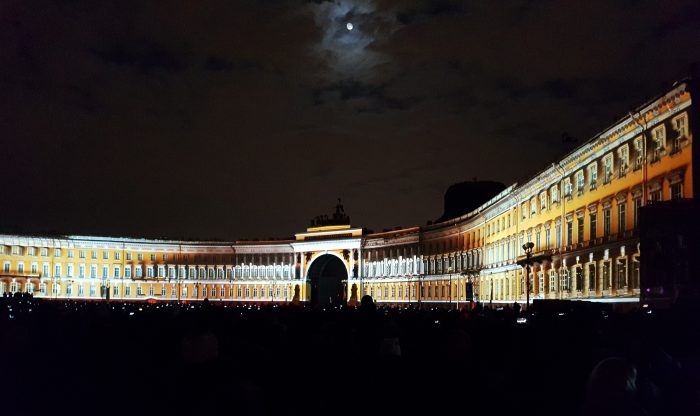 Sportivnaya may not be the deepest station of the Purple Line, but it has to be the longest. It is accessible from both Petrogr

adskaya Storona and Vasilyevsky Island, which means you will have to walk under the Small Neva if you access it from the latter. Right next to the station on Petrogradskaya Storona is the old home ground of Zenit, Petrovsky Stadium, where Tosno now plays their home matches. My best tip here is, however, to exit on Vasilyevsky and enjoy some tasty syrniki (сырники) with sour cream and a cup of coffee or tea at ‘Joy of Coffee’.

Usually a rather quiet station in calm surroundings, but it is about to get noisy. When the World Cup 2018 kicks off in Russia, this will be the station every football fan wants to get off at before matches. Two straight kilometers from the station, through a 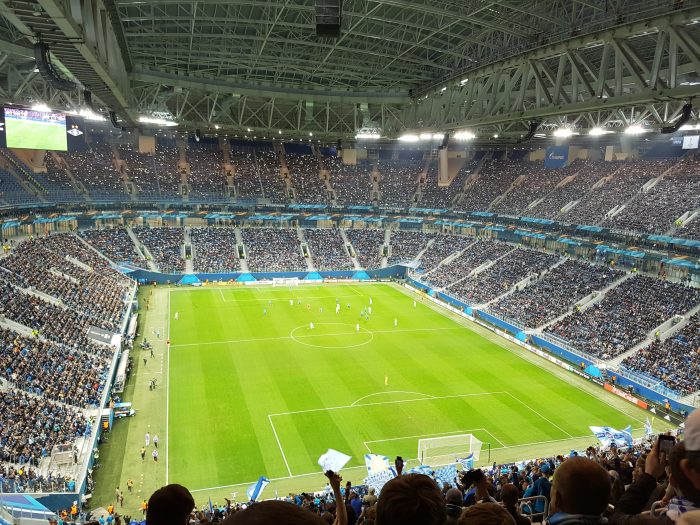 park with food stalls and joy rides, is where the world cup venue and home of Zenit St. Petersburg is located. Other than for football purposes, the island serves as a green lung and is great destination for a Sunday walk. A place the whole family can enjoy!

We have already covered Sennaya Ploschad and Spasskaya, both accessible from Sadovaya. Have we forgotten any other stations on the purple line? Any hidden treasures further outside of the city center, perhaps? Comment on Facebook or below.